Last night, news broke that Osama Bin Laden had finally been killed by the USA, where he was hiding out in Pakistan. I tweeted “Looks like iOS Location Tracking has paid off”, a tongue-in-cheek comment in relation to Apple’s PR blip over location tracking.

Well, it appears cartoonist Starline read my mind because she has come up with a pretty awesome comic: 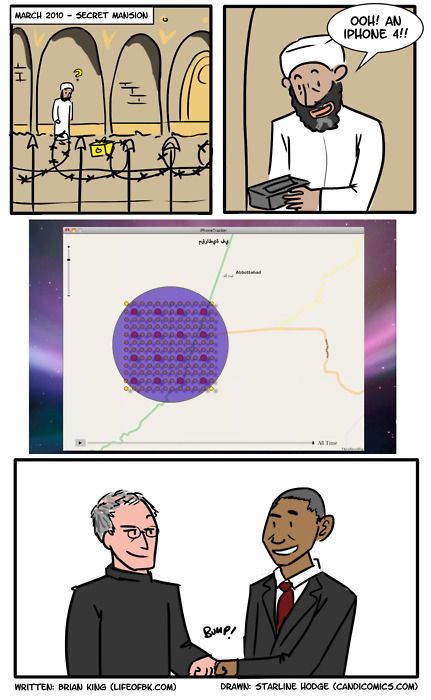