How iPhone, Android, and Blackberry Users View Each Other

Once you commit to a particular smartphone, it’s easy to stereotype how you see other smartphone users. I’m talking about iPhone, Android, and Blackberry users. We all have our views about the pros and cons of each, and debates will go on forever about which is the ‘best’ smartphone.

The folks over at C-Section Comics have created a brilliant comic that depicts how smartphone owners view each other. It’s awesome because it’s spot on: 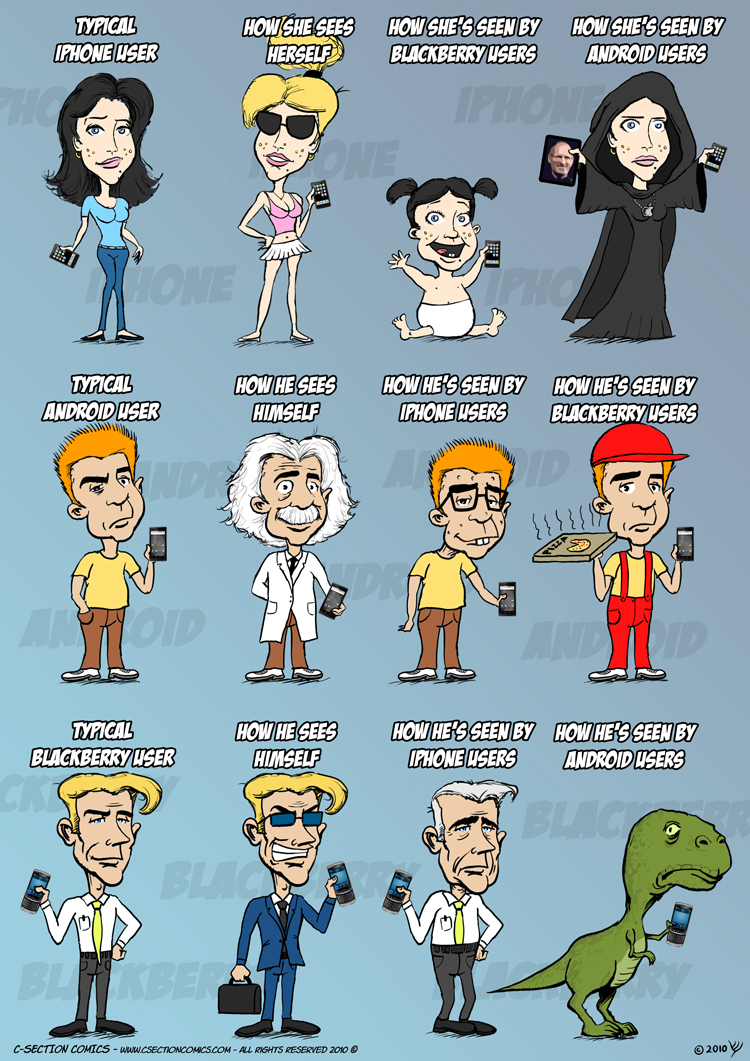