How Music Teachers Use Apple Technology in the Classroom

Apple has today highlighted in a new press release how students and music teachers from the Huntington Beach Academy of Performing Arts (APA) in California are using its technology in the most innovative and interesting ways to create beautiful things. 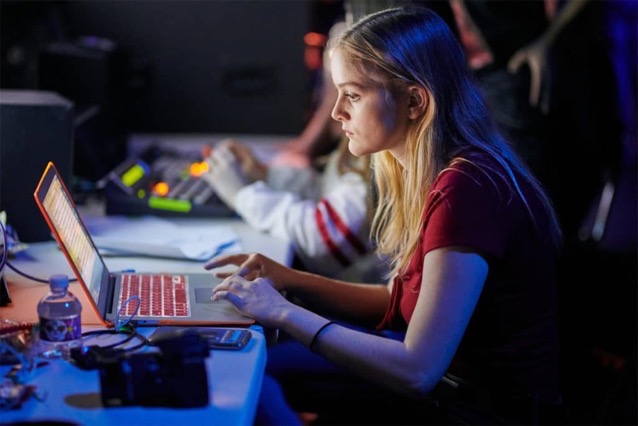 The academy uses technology to give students the chance to create music and other pieces of art, while giving them hands-on training in the technical side of things, including audio recording, video production (using Logic Pro X and Final Cut Pro X), theatre tech, and more.

In the school’s auditorium, students use a Yamaha CL5 digital mixer, and have even rigged it to be portable, monitoring and controlling sound levels around the theatre on an iPad Pro.

Apple has also shared how a group of students has written their own songs and performed them on stage using Apple’s hardware and software tools. “We don’t just focus on the technology,” said Apple Distinguished Educator (ADE) alum Jamie Knight.

“It’s that performing arts experience that gives them leadership skills, confidence, teamwork, all of those soft skills that businesses want. You have to perform to get that, and then when you marry that with the technology and you give the kids the ability to have a real recording studio to work with, they’re going to be the next Steven Spielberg or the next Paul McCartney.”

You can catch the entire spotlight at the source page.