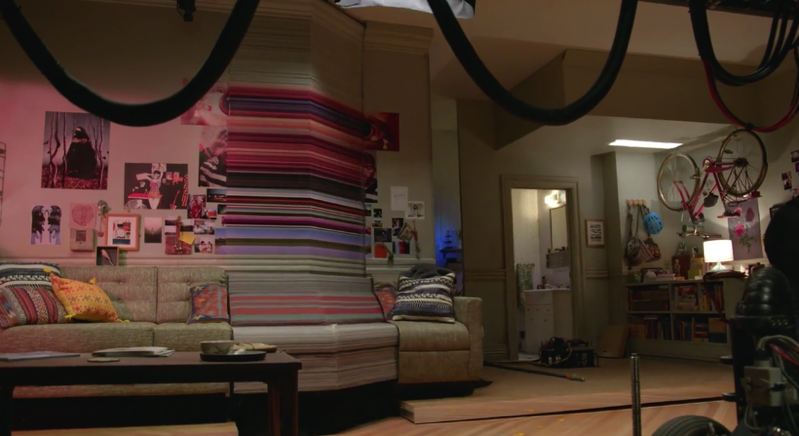 Remember Apple’s impressive HomePod ad, directed by Spike Jonze? Adweek has the exclusive on the behind the scenes of how it was made. Viewers are treated to a near 7-minute mini documentary on the making of the ad:

In particular, we get immersed in the choreography (Jonze, choreographer Ryan Heffington and movement coach Theo Lowe all work with FKA twigs on her irresistible interplay with the apartment, and herself) and the production design (the set expanded on hydraulics to allow Jonze to shoot practically). But we also see how other elements came together, like the lighting, music and VFX (it turns out there was very little CGI).

There are other little gems in here, too, like FKA twigs auditioning for Jonze via FaceTime, and Jonze himself dancing with an office chair. (He never stops moving throughout, and you get a real sense for how physically plugged in he is to the ideas here.) We also catch a glimpse of Dunkirk cinematographer Hoyte van Hoytema working with Jonze on the film—he also shot the “It’s a Tide Ad” spots for the Super Bowl (working with directors Traktor).

You can check out the Adweek exclusive video here.

Apple’s HomePod ad directed by Jonze, which debuted just over two weeks ago, has since amassed over 7.6 million views on Apple’s YouTube channel. Check it out below if you haven’t seen it: