Save Space on Your iPhone, iPad in a Snap with this New Mac App 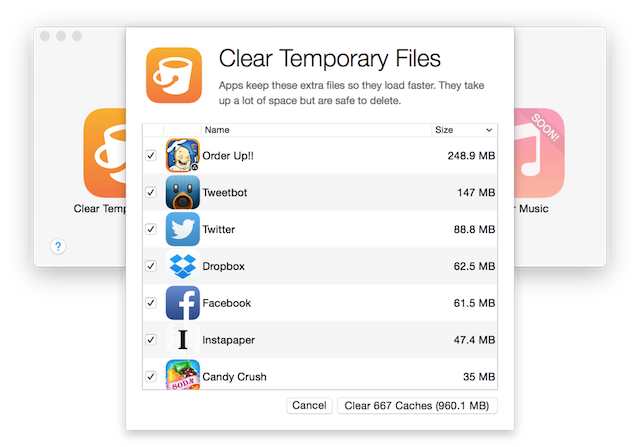 Users of 16GB iPhones and iPads are well aware that their devices’ storage just isn’t enough, especially since the release of iOS 8, as majority of them are prompted that they don’t have enough free space on their devices to perform an OTA upgrade without deleting files. But now, a new Mac app discovered by Mashable called ‘Phone Expander’ seems to offer a solution to this problem. The app, currently in beta, was “born out of the experiences of both the developers and their friends”, according to developer Joshua Keay.

“Apple’s done a great job of creating worry free devices, but storage space is a consistent point of failure on iOS. When the user gets an ‘out of space’ error, they aren’t really told what to do, so people resort to tiny steps like deleting a few photos, but that generally only buys them a little time before the problem crops up again,” Keay said. “Our focus was as much about educating the user on what is taking up the most space on their devices and then helping them empty those out quickly.”

The Phone Expander Mac app has been designed to make it easy for users to easily save space on their iOS devices by deleting cache files inside apps, easily remove large apps installed on the device, remove pictures or videos and even manage music on their devices. The app is very easy to use as well. Simply plug your iOS device into your Mac and start it up. The app then offers the following options:

The source notes that they were able to save about 8GB of space from their iPad just by using the “Clear Temporary Files” feature. Let us know how well the app works for you. You can download the beta at this link.