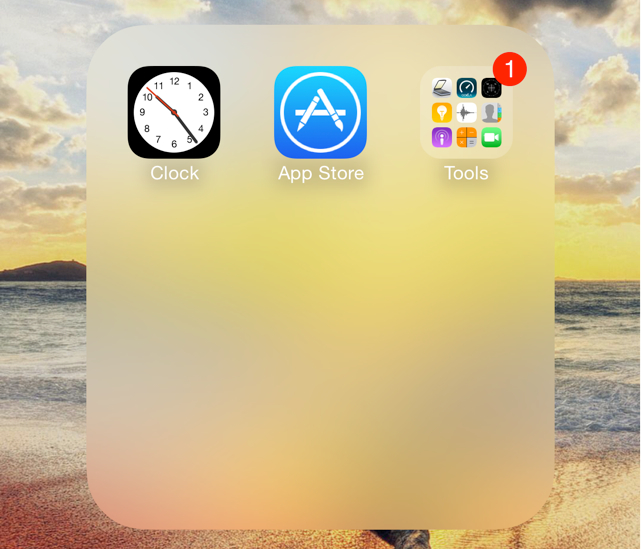 Nested folders, or folders-within-folders, allow users to better organize apps on their iOS device, however Apple does not provide a built-in solution for nesting folders. According to a report from TUAW there is still a way to nest folders in iOS 8, which are much like the workarounds found in iOS 7.

Below is a step-by-step tutorial on how to create nested folders in iOS 8. The workaround does not require a jailbreak and will not harm your system in any way.

Step 1: Locate any two apps on your device’s home screen and locate a folder that you wish to have nested.

Step 2: Create a folder by dragging the two apps on top of each other. Once the folder appears, and before the screen zooms into the folder itself, grab and highlight the first folder.

The above method requires a bit of patience, however it has been proven that it is still possible to create nested folders in iOS 8.

The report also notes that iOS 8 users can hide apps (including Apple’s stock applications) that they no longer want filling up their home screen. Here are the step-by-step instructions:

Step 1: Ensure that you have a full home screen that contains at least one folder.

Step 2: Place the app you wish to hide on a separate home screen.

Step 3: Highlight the app you wish to hide and move it over to a folder on the filled home screen, but don’t let go of the app.

Step 4: Move the app out of the folder and down near the dock.

Step 5: Once the folder closes and the filled home screen appears, let go of the app you are holding and it will disappear.

Check out the YouTube video from Videosdebarraquito below if you would like to see a demonstration of how to hide any application on iOS 8.

It is worth mentioning that the hidden app is still on your device and can be accessed by searching the app’s name in Spotlight. The above method will only hold until you restart your device, at which point the app will return to its previous location on your home screen.