How to Create Nested Folders in iOS 7.1 [VIDEO] 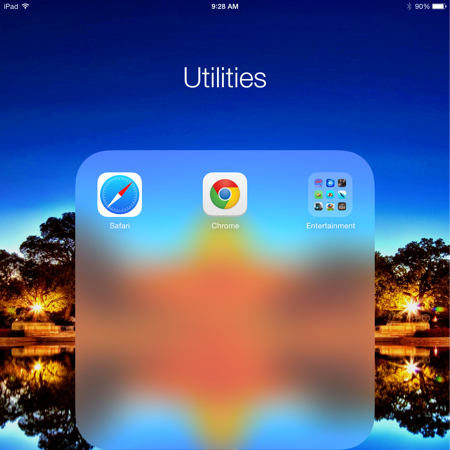 Nested folders, or folders-within-folders, allow users to better organize apps on their iOS device. Last week it was reported Apple had removed the capabilities to nest folders in iOS 7.1, but there seems to be a workaround.

Below is a step-by-step tutorial on how to create nested folders in iOS 7.1. The workaround does not require a jailbreak and will not harm your system in any way.

Step 1: Locate any two apps on your device’s home screen and locate a folder that you wish to have nested.

Step 2: Create a folder by dragging the two apps on top of each other. Once the folder appears, and before the screen zooms into the folder itself, grab and highlight the first folder.

Step 4: You now have a nested folder!

The above method requires a bit more patience than the old way, but it works. Check out the YouTube video from Videosdebarraquito below if you are still confused, or if you want to see a demo of how to create nested folders: