Apple Tutorials: How to Customize and Share Memories in the Photos App [VIDEOS]

Apple has continued to add tutorials to their “How to shoot on iPhone 7” website, with new how-to videos detailing the Memories tab within the Photos app. 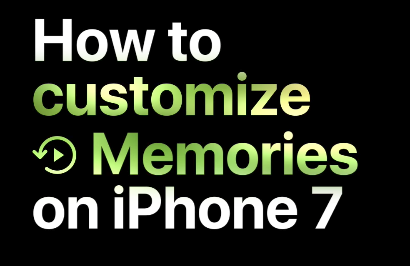 The first video below shows you how to customize your Memories, while the second one details how to share your automated creations. The tutorials are again in a simple to follow format, making it easy for iPhone users of all abilities to utilize:

Customize your Memories movies by choosing from tons of preselected moods and music, right from the Photos app.

Share your favorite Memories movies with friends, family or all of Facebook, right from the Photos app.

Apple’s photography page now shares 23 total tutorials, with potentially more on the way. While the tutorials may seem simple for the advanced iPhone user, this page is one to share for newbie iPhone users.