How to Enable Fade Animations in iOS 7

With iOS 7, Apple has introduced a brand-new interface and a zooming in and zooming out effect, which – as you may recall – can cause some people to experience motion sickness. The fact is, you experience this zoom-in-and-out effect all the time, from opening the phone through closing apps and folders. To avoid any iOS 7 side effects, with iOS 7.0.3 Apple has introduced a great new feature and neat transition effect.

In case you find the zooming effect to be annoying or simply want to boost your iDevice’s performance, here’s what you need to do replace it with the excellent fade transition: 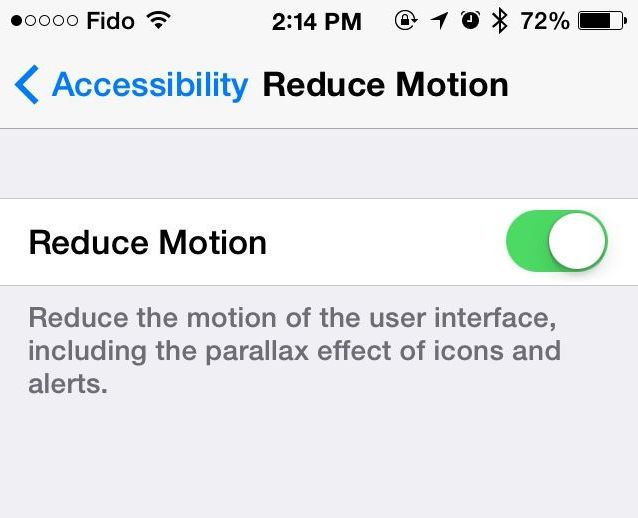 Step 1. Open the Settings app on your iDevice.
Step 2. Tap General and then Accessibility.
Step 3. Scroll down and find Reduce Motion.
Step 4. Toggle the switch to the ON position.

That’s it. You’ll notice the difference between the two settings in an instant as you hit the Home button to close the Settings app.

This setting will have a bigger impact for iPad users, given the screen size, but I love it on my iPhone, too. Since the zooming-in-and-out effect is gone, it also gives the impression of a speed boost, due to the quicker UI transition.

While releasing the first trailer for the Antoine Fuqua-directed historical drama, Apple has today announced that Will Smith’s next film ‘Emancipation' will premiere in theaters on Dec. 2 and will stream on Apple TV+ starting Dec. 9. According to Variety, Apple’s decision to delay the film to 2023 after Smith became embroiled in controversy for slapping...
Usman Qureshi
37 mins ago

Even though Sony's first VR headset took 8 months to sell a million units, the company is betting big on its next-generation PlayStation VR2 headset with an increased production plan, according to Bloomberg. Citing people familiar with the matter, the publication notes that Sony is planning to make 2 million units of the PlayStation VR2...
Usman Qureshi
57 mins ago