Yesterday Apple released iOS 4.0.2 to address the large PDF security exploit that allowed users to jailbreak their iPhones via JailbreakMe.com. If you installed 4.0.2, the exploit was fixed.

However, Apple left out iPhone 2g and iPod Touch (first gen) users. What about them? What about people who didn’t install this to preserve their jailbreak? The way to fix this exploit is by installing PDF Patch via Cydia.

The iPhone Dev Team explains the hard work of @saurik to create this fix:

On Wednesday, Apple (finally) released firmware 4.0.2, which patches the very large security holes exploited by @comex in the 2nd incarnation of jailbreakme.com. The only problem is they outright abandoned iPhone2G and iPod Touch 1G users! Even though Apple acknowledges in their security update the severity of these holes, they left iPhone2G and ipt1G owners high and dry â€” completely vulnerable to truly malicious variants of jailbreakme (these variants arenâ€™t out yet, but theyâ€™re sure to come!).

Luckily for Apple, the Jailbreak community isnâ€™t so callous. @saurik has been burning the midnight oil coding a Cydia package that will fix the holes for all devices and all firmware versions (even going back to version 2.x! 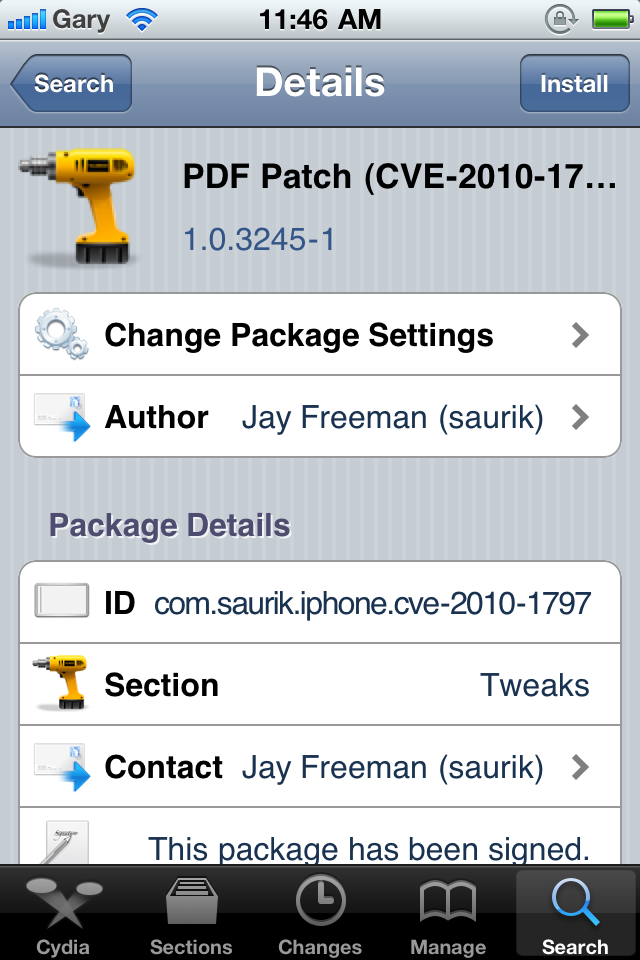 I haven’t updated to iOS 4.0.2 yet as I want to preserve my jailbreak. Therefore, I have just installed PDF Patch via Cydia–you should too!