How to Get Flash on the iPhone: iMobileCinema

Just over a week ago I wrote about how Flash has been confirmed for the iPhone. There are conflicting reports about whether or not we will see Flash, but for those with jailbroken iPhone, the option has been out for a while now. The plugin is called iMobileCinema and it’s available via Cydia.

iMobileCinema is great if you spend time on bus or subway, and want to waste time by watching endless videos. Sure, YouTube is great but what if you could check out clips from CollegeHumor, Vimeo, Google Video, QIK, and more?

How to Install iMobileCinema on your Jailbroken iPhone

1. Jailbreak your iPhone (remember, Apple says it’s illegal).
2. Launch Cydia, search for iMobileCinema, and install it.
3. Now, visit any website that requires Flash and cross your fingers that iMobileCinema will work!

I tested out iMobileCinema with a few video sites and here are my impressions:

I know there are some other random flash video sites that might work too, so let’s hear what you’re watching. iMobileCinema is definitely a work in progress but it’s a great start in the right direction for those looking to check out more Flash intensive websites on the iPhone.

Check out the following screenshots: 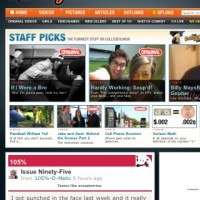 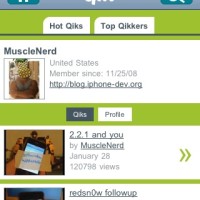 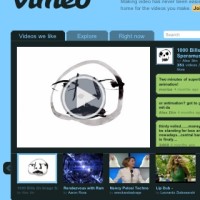 …Oh, and if you haven’t seen the following video, titled “Cellphone Reunion” you gotta watch!

Apple’s all-new HomePod 2 is launching tomorrow, February 3, 2023, with some early hands-on reviews and unboxing videos already hitting the web. Just ahead of the official release, Matthew Costello, Apple’s hardware vice president, has shared how Apple decided to resurrect a product it had discontinued in 2021. We deeply studied the learnings from the first HomePod...
Usman Qureshi
17 mins ago

Sony has today announced the release of its next PS5 system software beta, which introduces a handful of new features, including the highly requested Discord voice chat. The release introduces a variety of UX, accessibility, and social feature enhancements, as well as Variable Refresh Rate (VRR) support for 1440p resolution. Invited beta participants from the...
Usman Qureshi
42 mins ago