Since the launch of the iPhone 4S on Friday, the one home run so far has been Siri. Still in ‘beta’, Siri hasn’t been localized for Canadian English and French. Other shortcomings include the lack of location-based searches for restaurants and directions.

It is possible to get Siri to tell you the time and date in Canada–you just have to rephrase your question to include the location. As you can see from the screenshots below, ending my question with ‘in Vancouver‘ will result in the answers I’m looking for, as seen below: 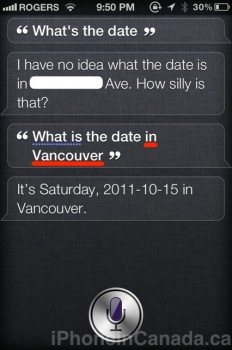 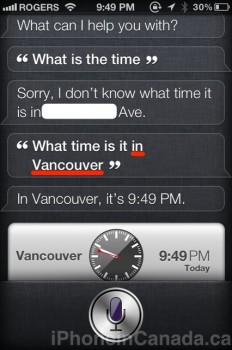 It’s a bit more ‘work’, but you’ll essentially get the same results.

Workarounds for Location Searches with Siri

If you ask Siri for location-related searches, she won’t be able to do it. For example, asking “Where is Starbucks?” will result in this: 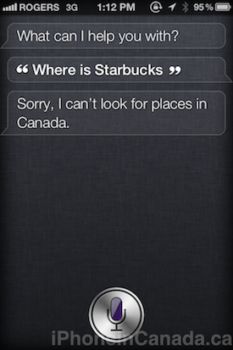 A simple way to bypass this is to ask instead “Google search Starbucks” or “Search the web for Starbucks”. It’ll initiate a web search within Safari, and those mobile results will show locations around you if Location Services are enabled. See below: 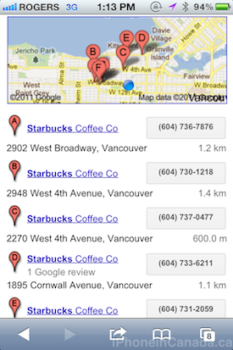 Are there any other Canadian Siri workarounds you’ve been using?