How To Listen to Past Beats 1 Show Playlists

A handy Beats 1 radio streaming tip shared today by CultOfMac lets you catch up on any Beats 1 show you may have missed or would like to listen to again. It seems that Apple has included a neat feature in the Apple Music app, that gives you the ability to easily access the playlist of past Beats 1 shows. 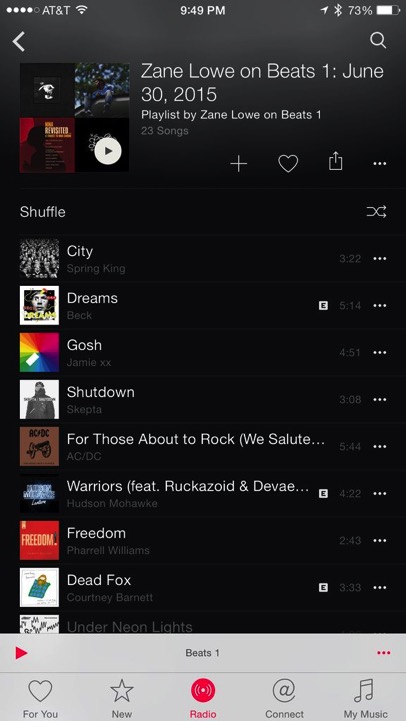 Here’s what you need to:

Open up the Apple Music app and instead of tapping on the “Listen Now” button, tap the Beats 1 banner.

Now select the show you want to catch up on.

When you tap the show you want to listen, you will see a list of episodes which you can access.

Simply tap the episode and select the track you want to listen again from the playlist.