How To Move Newsstand Inside A Folder In iOS 5, No Jailbreak Needed

Most of us have already updated to iOS 5 on our iPhones / iPads and are very well aware of the new Newsstand feature. But some people seem to find it annoying that Newsstand which is basically a folder itself dedicated to App Store’s digital publications, can not be moved inside another folder. Luckily, a cool trick discovered by The Coding Massacre makes it possible to put Newsstand inside another folder and best of all, it doesn’t even require a jailbreak. 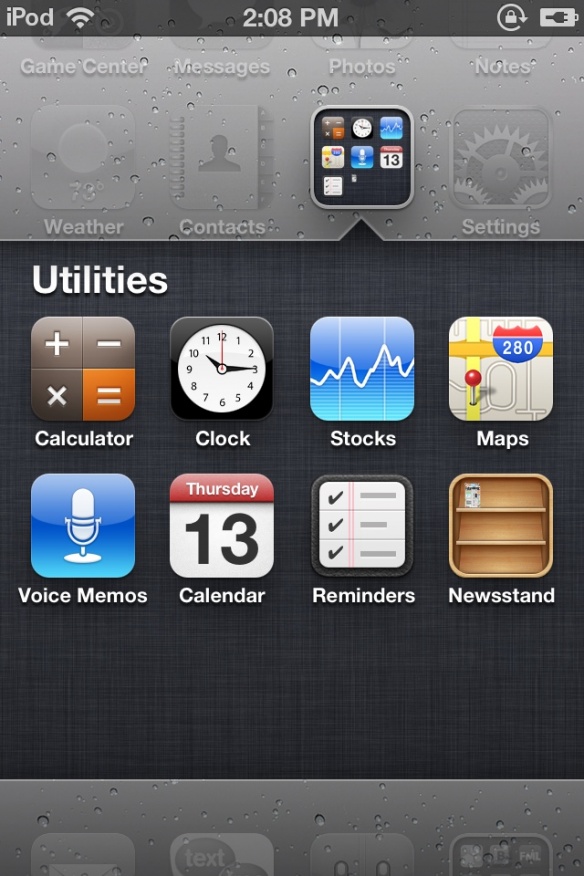 Simply follow the steps given below to make this work!

Take two apps and go to create a folder

The second the apps are in the folder and it’s doing the folder creation animation, drag Newsstand into the folder

As long as you’re quick enough Newsstand will go into the folder!

* If you open Newsstand while it’s in a folder your springboard will crash. If you want to use Newsstand at some point just take it out of the folder and you’re good to go!

** This will also work with a folder within a folder.