How to Restore Files from Time Machine Backup on Mac [VIDEO] 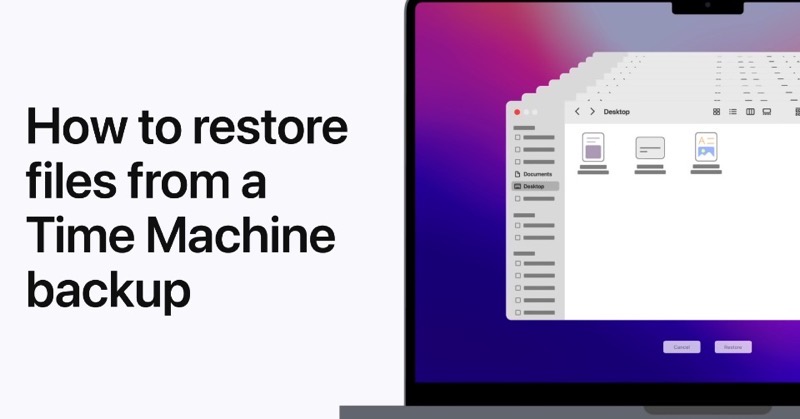 Mac users have access to a feature called Time Machine that makes an automatic backup of your files and apps. The feature allows you to easily recover a lost, deleted or older version of a file.

To learn how to restore files from a Time Machine backup on your Mac, check out the following video tutorial shared by Apple this week:

Canada’s men’s national team is set to play its last match at the 2022 FIFA World Cup on Thursday. After losing to Croatia 4-1 on Sunday and being eliminated from advancing at the tournament, the Canadian team will be playing for just pride. How to watch Canada versus Morocco at the World Cup 2022 live? […]
iPhoneinCanada.ca
6 days ago