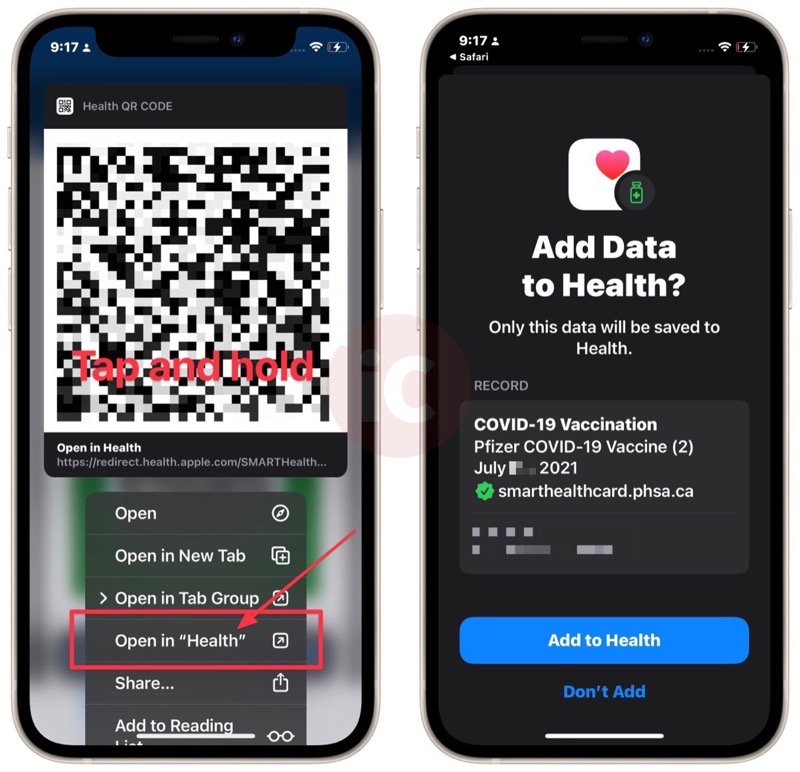 For those in B.C., you can use this handy tip to create a shortcut for your BC Vaccine Card, right to your iPhone’s home screen.

When iOS 15 is released, you’ll also be able to save your BC COVID-19 vaccination data straight into the Health app on your iPhone.

To do so, access the B.C. Health Gateway website, log in and get to where it shows your QR code on the screen. Tap and hold on the QR code, then you’ll see an option to “Open in Health” on your iPhone running iOS 15.

Once it is saved, your COVID-19 vaccination data will save within the Health app, showing the dates of your vaccinations and what specific vaccine you received. 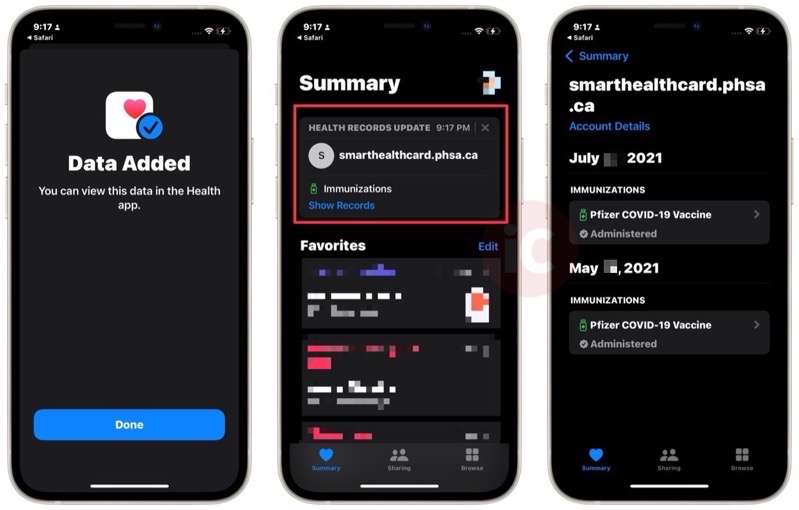 Apple announced support for storing vaccination records and COVID-19 test results inside the Health app, back at WWDC 2021 this summer.

“In iOS 15, users worldwide have an additional option for storing medical records of immunizations and test results directly in the Health app,” explained Apple.

“Now, even if a vaccine provider or medical location doesn’t currently support the Health Records feature, it can allow patients to download verifiable COVID-19 vaccination or test result records from an online browser or QR code, so they can easily access them at any time,” said the company.

So far, we’ve tried this only in B.C., but let us know if you’re able to save your vaccination record to the Health app in iOS 15 for your province or territory.