How to Take a Screenshot on your Apple Watch

If you haven’t discovered this yet, taking a screenshot on Apple Watch is similar to how you take one on the iPhone or iPad. Here’s how Apple explains it:

Press and hold the side button on your Apple Watch, then immediately press and release the Digital Crown.

Your screenshot will be found in the Photos app on your iPhone afterwards, like the one we just took: 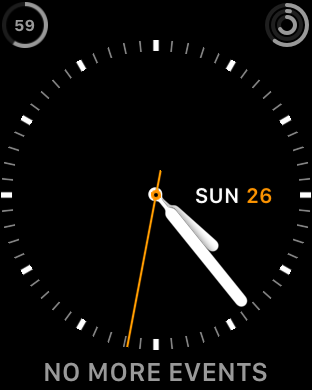 The Canadian Broadcasting Corporation (CBC) says it eventually plans to end traditional TV and radio broadcasts, and move to streaming only. That’s according to the president and CEO of the CBC, Catherine Tait, speaking with The Globe and Mail. Tait said Canadians are moving to streaming while the crown corporation is “sitting here loyally broadcasting […]
Gary Ng
17 mins ago

Uber Eats and MADD Canada are partnering just ahead of the Super Bowl to offer tips for a fun and safe celebration, including the top 10 alcohol orders for delivery. Consumers 19+ can order spirits, wine, and beer for delivery to their doorstep in Canada via Uber Eats. Before ordering alcohol through the app, a...
Usman Qureshi
52 mins ago

It looks like everyone wants a piece of the AI pie. OpenAI stirred up quite the storm when it launched ChatGPT, its large language model chatbot, in November of last year, and the rest of the tech industry is now racing to bring its own alternatives to the masses. Google announced its AI-powered conversational chatbot,...
Nehal Malik
60 mins ago