Readdle has today announced the release of Documents 6.9, the latest version of its popular file management utility for iOS, with a new feature called ‘FileDrop’, that allows users to wirelessly transfer files and folders between iOS devices.

Although most modern iOS devices natively support the AirDrop functionality, the feature has a known history of rarely ever working when you need it the most. Readdle says that its FileDrop feature overcomes all the limitations of AirDrop. 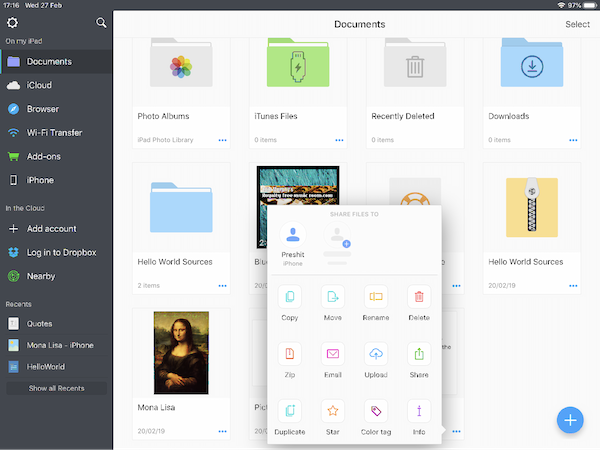 Unlike AirDrop, the FileDrop feature works with any file format and any file size, not only allowing you to transfer multiple files between devices, but also letting you transfer entire folders.

Here’s how you can get started with FileDrop in the latest versions of Documents app for iOS:

You can grab the latest version of the app using the following App Store link.