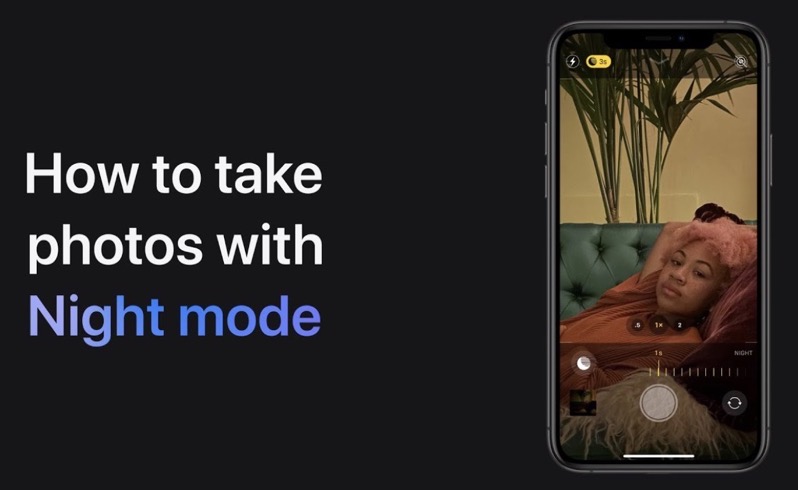 Apple has shared a new video detailing how to take photos in Night mode on the iPhone 11 and iPhone 11 Pro.

According to Apple, “Night mode turns on automatically in low light, so your photos always look their best. If you want to manually adjust the exposure time, just tap the Night mode button in the Camera app on your iPhone 11 or iPhone 11 Pro.”

Check out the 28-second tutorial video below:

Night mode on iPhone 11 and iPhone 11 Pro is pretty impressive as it’s seamless. If you can find a tripod or something to lean your iPhone against, taking longer exposures results in some really cool photos.