How to Use Conversation Boost with AirPods Pro on iPhone, iPad [VIDEO] 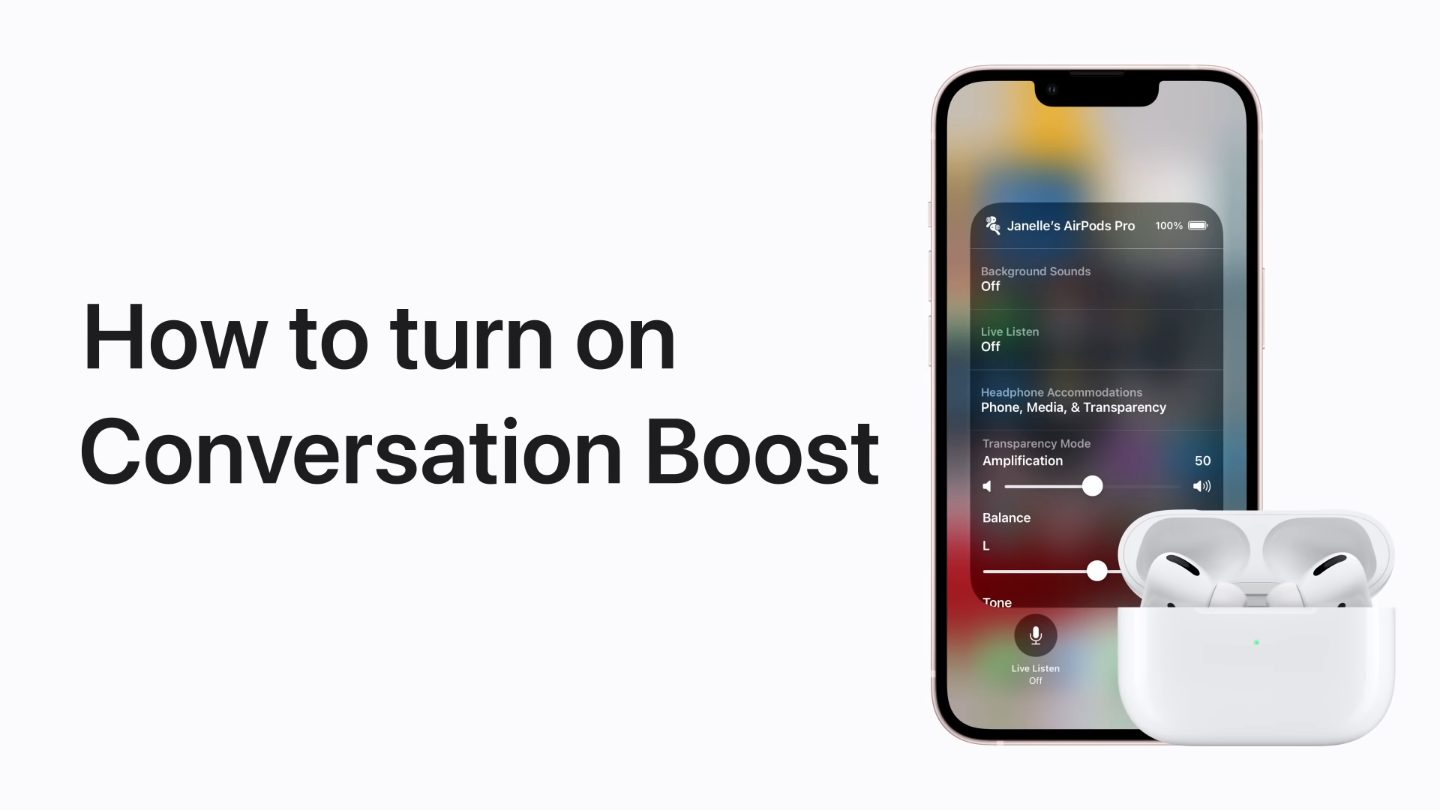 Apple on Saturday published a new video tutorial on its Apple Support YouTube channel, instructing users on how to use the AirPods Pro‘s Conversation Boost feature on iPhone and iPad.

Conversation Boost is an accessibility feature Apple announced earlier this year at WWDC 2021, designed to aid those who are hard of hearing.

“Conversation Boost for AirPods Pro helps you focus on the voice of the person directly in front of you in a crowded environment,” says Apple in the video.

Before you can use the Conversation Boost feature, you need to first enable ‘Hearing Accommodations’ in Settings. To do so, simply:

Once you’ve enabled Headphone Accommodations, you can actually start using Conversation Boost to better hear people in crowds. With your AirPods Pro connected to your iPhone or iPad, you need to:

Check out the full video tutorial above from Apple.

According to renowned Apple analyst Ming-Chi Kuo, Apple will be launching a successor to the AirPods Pro, possibly called the AirPods Pro 2, in late 2022 with a refreshed design and a newer chip.