Handoff, a part of the Continuity suit, was introduced by Apple earlier this month when it unveiled OS X Yosemite and allows users to start writing an email (for example) on an iPhone and continue that action on another iOS device or a Mac. In order to use Handoff however, you must have OS X Yosemite and iOS 8.0/8.1 installed on your devices, all of which must be logged into the same iCloud account, must be on the same Wi-Fi network, and they all must have Bluetooth 4.0 to support the feature.

The folks over at OS X daily have put up a handy tutorial on how to enable and use the Handoff feature between OS X Yosemite and iOS 8.1. Just follow the steps below:

First of all, enable the Handoff feature in both OS X and iOS: 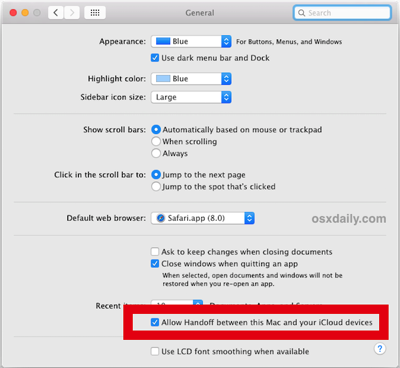 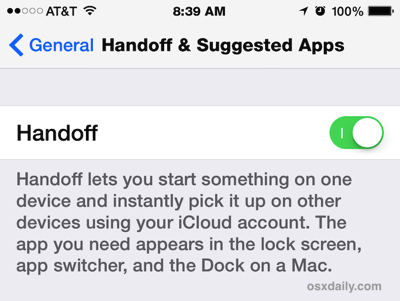 Now turn on Bluetooth on both Mac and your iOS device and join the same Wi-Fi networks. Make sure both devices are logged into the same iCloud account.

Now open an app like Safari, Mail, Pages, the iWork suite, etc. that supports Handoff on your Mac. For this example, we’ll use Safari.

Have Safari on the Mac loaded with a webpage and active as the forefront application. Pick up the iPhone or iPad and look at the lock screen – you should see a little Safari icon in the bottom left corner indicating Handoff is ready to pass the Macs Safari session off to the iOS device.

Swipe up on that icon from the corner of the lock screen to open the webpage from the Mac onto the iOS device. 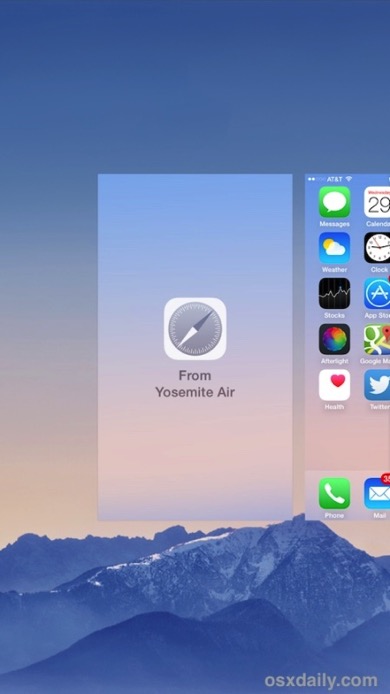 In case you can’t get Handoff to work, here are some troubleshooting tips:

If you have any questions, feel free to ask in the comments section.