Use New Siri Remote With Mac as Trackpad, Remote for Mac Apps [VIDEO]

With the release of Remote Buddy 2, you can now use the new, second-generation Siri Remote with your Mac as a trackpad, a remote, a keyboard, for presentations, and for controlling over 100+ Mac apps. 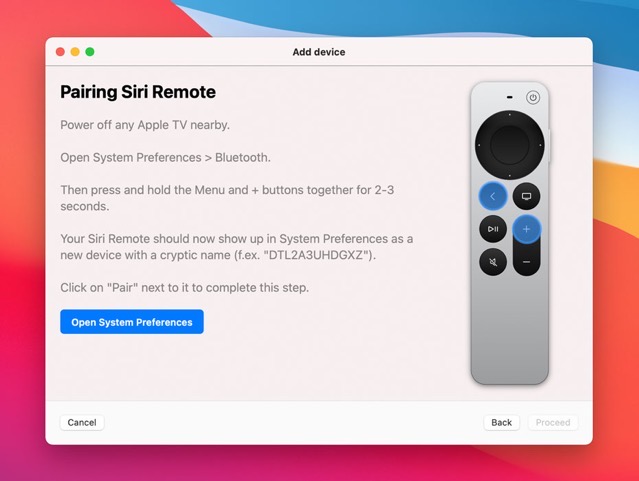 With the Remote Buddy tool for Mac, you can seamlessly control apps, web videos, and more on your Mac using both the 1st and 2nd generation Siri Remotes.

The app guides you through all the necessary steps for pairing and setup after the first launch. If you’d like to add a Siri Remote later, choose Set up new device… from Remote Buddy’s menu item, select your model and follow the instructions on screen.