How to Use Stage Manager on Mac [VIDEO]

Apple has just shared a new video on its YouTube support channel, detailing how you can use the new ‘Stage Manager’ feature on your Mac to keep the app you’re working with front and center, and your desktop clutter-free. 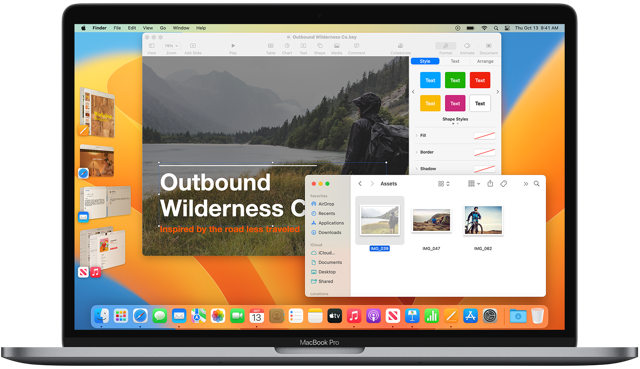 Stage Manager is a new macOS Ventura feature that Apple introduced for the first time during its Worldwide Developers Conference (WWDC) back in June.

It is a new multitasking option that allows users to group open apps together and easily switch between different groups from a preview on the left-hand side.

You can quickly move back and forth between Stage Manager and traditional windows by following these steps:

To use the Stage Manager feature on your Mac:

If you turned off “Recent applications” in Stage Manager settings, the list of apps on the left is hidden. Move the pointer to the left edge of the screen to show it.

Watch the following video for a better idea of how you can use Stage Manager on your Mac.

Apple has highlighted its built-in accessibility features across iPhone, iPad and Apple Watch, in a new video shared this morning titled, ‘The Greatest’, showing how its software features offer new tools for those with disabilities. “At Apple, we believe accessibility is a human right. Innovative features like Door Detection, Sound Recognition, Voice Control, and more […]
Gary Ng
4 mins ago