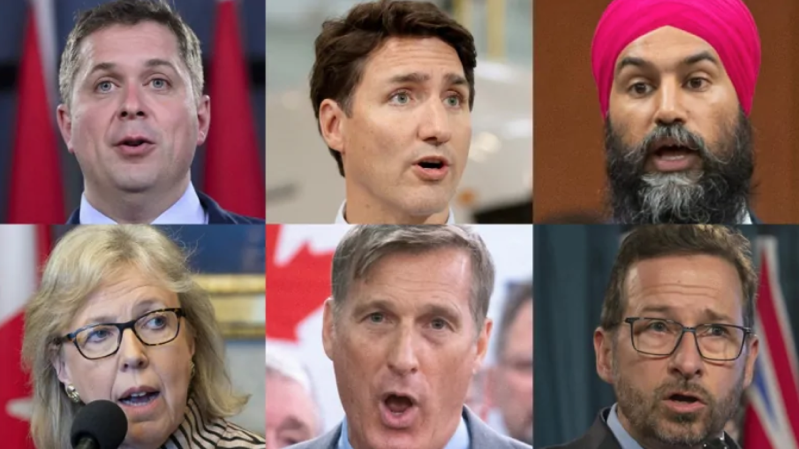 Canada’s federal election is two weeks away, and tonight six federal party leaders will take part in the official English-language debate, a two-hour affair which starts at 4PM PDT/7PM EDT, hosted at the Canadian Museum of History, in Gatineau, Quebec, in front of a live audience.

This is the only debate where all six federal party leaders will get to debate each other in English. Let the mud-slinging begin. Here’s who will be present:

The debate will have five themes: