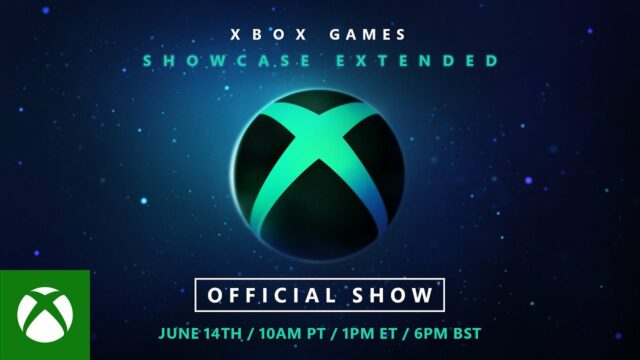 Fresh off the heels of the Xbox & Bethesda Games Showcase on Sunday, Microsoft is holding a second, more intimate virtual event. The Xbox Games Showcase Extended is today and will be the company’s opportunity to sit down with developers and show additional footage not seen in the main show.

The Xbox & Bethesda Games Showcase highlighted a large series of games expected to release within the next 12 months. With many landing on Xbox Game Pass on day one, Microsoft brought plenty of core pillar titles including Forza Motorsport, Redfall, and of course, the highly anticipated Starfield.

The Xbox Games Showcase Extended is said to cover “new trailers, deep looks at the news from the Xbox & Bethesda Games Showcase.” Additionally, interviews with developers will be injected into the show, giving further details on the upcoming games arriving on Xbox and PC.

For those that missed the Xbox & Bethesda Games Showcase, you can catch up on the jam-packed 95-minute show, full of announcements.

In addition to showing new footage of first-party titles, the showcase highlighted a number of third-party partners and their games. Notable surprises include the Xbox ports of Atlus’ Persona 3 Portable, Persona 4 Golden, and Persona 5 Royal, which are all due to arrive on consoles, PC, and Xbox Game Pass. Another surprise included the appearance of Team Cherry’s Hollow Knight: Silksong, another arrival on Xbox Game Pass some time in the next year.

Microsoft is also partnering with legendary game developer Hideo Kojima to create a game he’s “always wanted to make.” Very few details were shared during the event. However, the head of Kojima Productions did state that he would be using “Microsoft’s cutting edge cloud technology” to develop a “never-before-seen concept.” This game is still very early on in development.

It’s hard to say which developers and games will appear during the extended showcase. However, it is important to keep expectations in check as this event isn’t meant to highlight new announcements and games. Instead, it serves as a supplemental piece to the main attraction, providing new details.

To tune in, you can watch the live stream on the Xbox YouTube channel at 1 PM ET/ 10 AM PT/6 PM BST.