Looks like a real competitor has stepped up to the plate. This time around, instead of Palm making the announcement, it was HP. Palm was sold last April to HP for $1.2 billion. Along with that came Palm’s WebOS, and today HP announced two phones (the Pre 3 and Veer) and the TouchPad to compete with Apple’s iOS ecosystem.

The Pre 3 has a similar form factor with the original Pre, a slideout keyboard and WebOS. The device looks kinda “fat” compared to the iPhone 4 and Android phones. However, upon seeing a hands on demo by Engadget, the Pre 3 was very snappy and responsive due to its 1.4GHz processor. 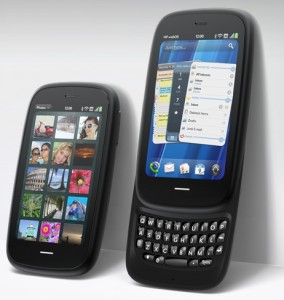 Also, the Pre 3 interacts well with the newly announced TouchPad. You can share any webpage from the Pre 3 to the TouchPad by just “touching” the phone to the tablet. There is also integration so you can respond to texts etc from the TouchPad itself. HP has come up with a real competitor to the iPhone and iPad with WebOS, distancing itself from the plethora of fragmented Android phone. 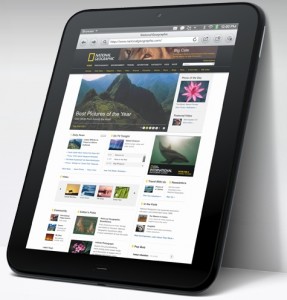 The Veer is a new model that looks like a mini Palm Pre, and appears as the next iteration of the old Palm Pixi. It’s the size of a credit card, but much fatter. Looks cute, and is something fresh for those looking for smaller phones. 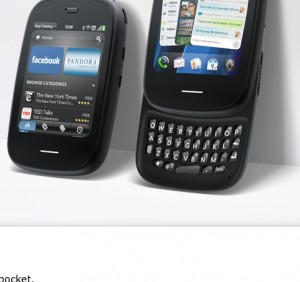 WebOS is the Platform that Unites All Devices

By using WebOS as its platform, HP has come out of the gate with a family of devices that will give Android a run for its money. As for overtaking the iPhone and iPad, that remains to be seen given Apple’s lead in both areas. There was no formal date or pricing announced for the TouchPad, but that it was coming in six months (hello iPad 2?).

What did HP do right today? They announced some really cool and intuitive products based on WebOS that make hundreds of fragmented Android smartphones/tablets look like an afterthought. Moreover, they made iOS users open their eyes to a real competitor, something that could be worth jumping ship for. However, no prices or release dates announced today, only the words “Summer”. Will these new WebOS devices be on theÂ back burnerÂ after iOS 5, iPhone 5 and iPad 2 refreshes?

What did you think of today’s HP announcement? Would you switch away from iOS, or are you in too deep?