HSBC Canada has quietly launched a full-fledged mobile banking site for iPhone and iPod touch users. Rather than submit an app through the App Store, this new mobile site will allow customers to pay bills, transfer money between accounts and check account details and transaction history.

The service will require HSBC Canada customers to be registered for HSBC Internet Banking to use the service. Just visit hsbc.ca/mobile in Safari on your iPhone or iPod touch and you’ll reach the secure login page. For security, you will not be able to concurrently logged into both Personal Internet Banking and Mobile Banking.

How is Mobile Banking different from Personal Internet Banking? 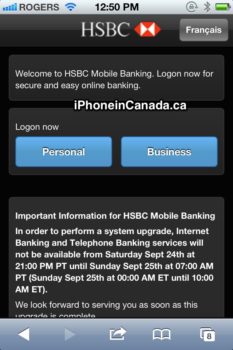 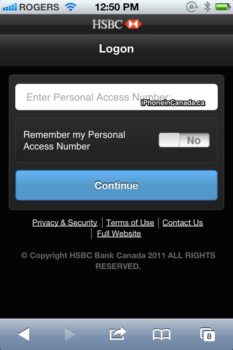 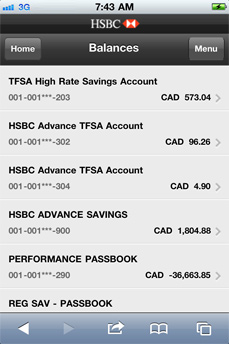 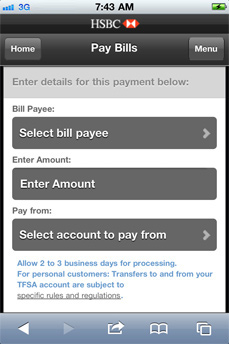 This is an awesome service for HSBC Canada customers, and it joins the other banks such as CIBC, TD, RBC, Scotiabank, and BMO that have mobile banking abilities too.

Let us know how you like this new service from HSBC Canada.