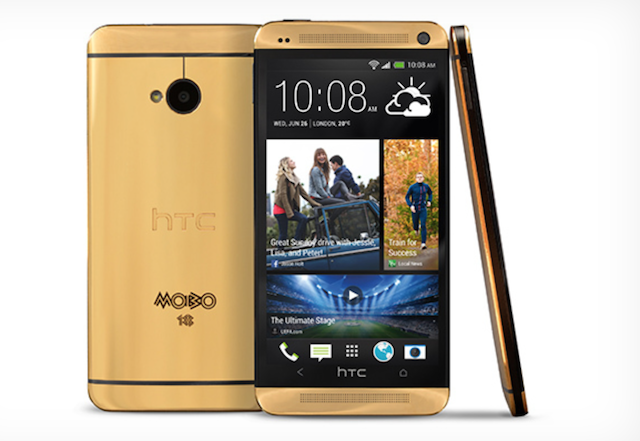 Insipred by Apple’s hottest-selling gold iPhone 5S, Samsung teased a gold version of Galaxy S4 a few weeks back and now, HTC has decided to join the gold rush as well with a $4,400 special edition of its flagship smartphone i.e. the gold HTC One, The Verge reports. Unlike Apple and Samsung, HTC will produce only 5 of these exclusive HTC One units, each made with real gold.

The report notes that the Taiwanese manufacturer will produce five 18-carat gold HTC One smartphones to celebrate the 18th anniversary of the MOBO Awards, a British awards ceremony celebrating “music of black origin.”

“The company values the gold-plated handset, which was created in partnership with gold customizers Goldgenie, at £2,750 (roughly $4,420), although it’s not going on general sale.”

For those who fancy a gold plated HTC One, there’s a 24-carat gold-plated edition available for just over $3,000 directly from Goldgenie. And if you’d rather get yourself an iPhone 5S in gold, you can try your luck and win one for free by entering our 32GB unlocked gold iPhone 5S giveaway.