HTC CFO Is a Hypocrite Over HD7 “Antennagate” Issue? 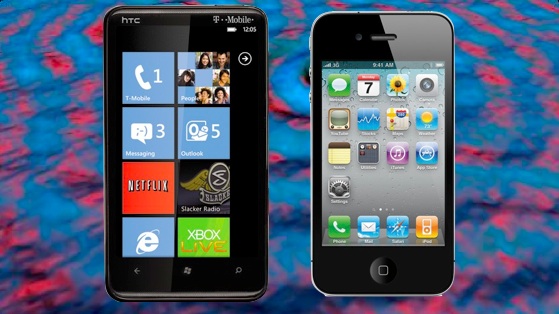 The iPhone 4 had antenna issues dubbed “antennagate”. Apple’s idea of a fix was to give out free Bumper cases and to extend their return policy to 30 days. Steve Jobs told people to “Just don’t hold it that way”. Covering the antenna on the iPhone 4 led to dropped signals and calls. People were angry. However, not everyone was affected.

While Apple was mitigating a PR disaster, competitors were quick to pounce on the iPhone 4’s weakness.Â One of the strongest critics was the CFO of HTC. He had this to say about Apple during the “antennagate” crisis:

“The reception problems are certainly not common among smartphones. [Apple] apparently didn’t give operators enough time to test the phone.”

The HTC HD7 is experiencing an issue when its antenna is being covered, similar to the same issue that affected the iPhone 4. Here is how HTC is defending their HD7:

“Quality in industrial design is of key importance to HTC. To ensure the best possible signal strength, antennas are placed in the area least likely to be covered by a person’s face or hands while the phone is in use.”

Here’s the line that makes HTC’s CFO sound like a hypocrite:

“However, it is inevitable that a phone’s signal strength will weaken a little when covered in its entirety by a user’s palms or fingers.”

How interesting. Looks like HTC’s own criticisms of the iPhone 4 has come back to bite them with the HD7. The reality is antennas are affected when covered. It doesn’t matter what device you own.
[Fast Company via @sukisszoze]