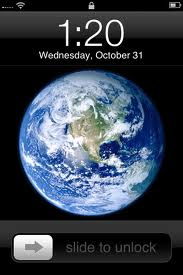 In a British high court today, Taiwanese smartphone maker HTC managed to defeat Apple in a series of legal challenges relating to patents, most notably the prized “Slide to Unlock”. Apple’s patent relating to the “Multi-touch” was also found to be partly invalid.

HTC also successful challenged an Apple patent on the use of different character sets for text messaging. The day wasn’t a total loss for Apple as they successfully defended a patent on the way the iPhone handles photos.

Mr. Justice Floyd ruled that Apple’s “Slide-to-Unlock” and “Multi-touch” patents were “too obvious” and foreshadowed by previously existing patents.

After the ruling. a spokesperson for HTC said:

“Today, the English High Court found that three of four patents claimed by Apple to be infringed by HTC were invalid, and that HTC did not infringe the fourth,”

“One of the invalidated patents is Apple’s flagship ‘slide to unlock’ patent. Apple’s photo management patent was found not to be infringed.

“HTC is pleased with the ruling, which provides further confirmation that Apple’s claims against HTC are without merit.

This is the latest in a series of battles between the world’s major smartphone vendors and this ruling is expected to have worldwide ramifications especially in the United States and Germany where Apple is currently involved in other patent disputes.

What are your thoughts on the British High Court ruling? Do you think it will have an impact on the future of the iPhone and smartphones in general?