Huawei Delays its Foldable Mate X Smartphone, Next Model May Have More Screens

Back in February, Huawei unveiled its first-ever Mate X foldable smartphone at Mobile World Congress 2019 in Barcelona, with an expected release date of September. However, TechRadar has today learned at a Huawei press event in Shenzhen headquarters that Mate X’s launch has been delayed till November. 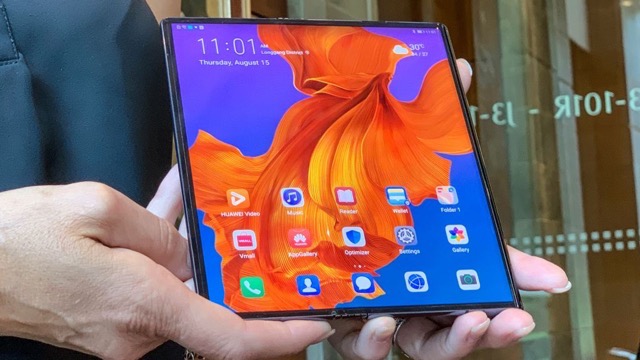 According to the source, while there’s no possibility of a September launch date for Mate X anymore, Huawei is certain its first foldable smartphone will hit the shelves before the end of 2019. “The company wants to get it out in time for the holiday shopping window before the Chinese Spring Festival in early 2020,” notes the report.

At the same time, the source has also learned that the next version of Huawei’s foldable smartphone, which may see a launch as early as next year, could feature even more screens than the Mate X:

Where will the Huawei Mate X follow-up fit more displays? By swapping out the steel rear cover in the current Huawei Mate X with a glass back, and those glass surfaces could become usable, touchable displays.

It’s a big engineering challenge to say the least – it might end up being years before the issues are worked out and we get glass backs on foldable phones. We don’t even have them on the upcoming Mate X’s 8-inch front display yet.