The Philips Hue Tap, a wireless light switch which was announced in late March, appears to have launched its sales in Canada at Apple retail stores. iPhoneinCanada.ca reader @scuzzynav spotted them on sale at the Rideau Apple Store in Ottawa, priced at $59.99 CAD: 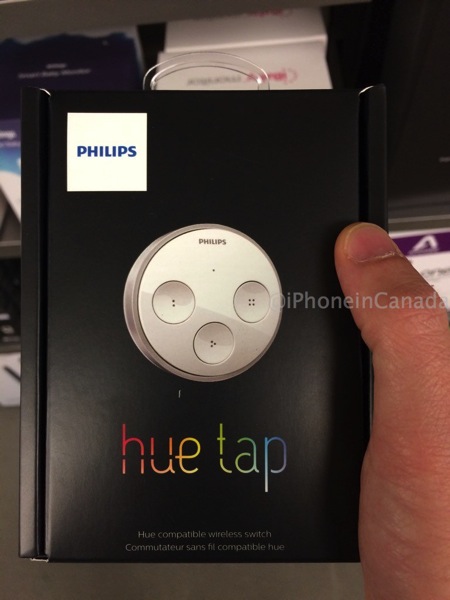 What makes the Hue Tap really compelling is that it does not require batteries as it’s powered by kinetic energy through taps from your finger. The switch is for when you want to control your Philips Hue bulbs or products away from your iPhone or other smartphone.

Let us know if you’re going to pick up the Hue Tap. As far as we can tell, the device hasn’t even launched on Amazon.com or BestBuy.com yet, meaning it might have hit shelves early in Canada for once.