According to a report by The Star, Humber College students and staff received a false ‘active attacker’ alert around 3 pm on Wednesday through the Humber Guardian app, advising them to “initiate active attacker procedures immediately.” 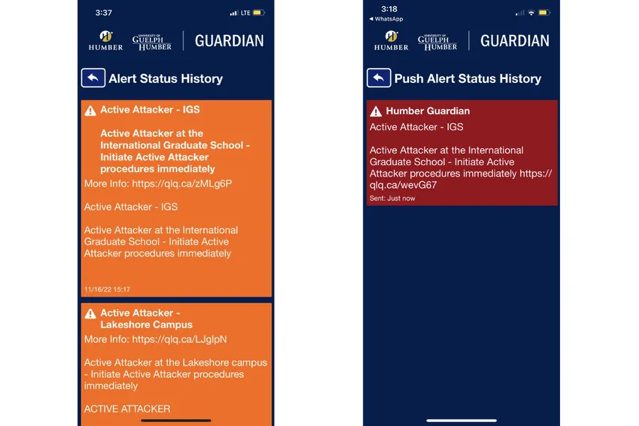 The app acts as a platform for students and staff to access campus safety and security resources, vaccine passports, emergency contacts, safety services, alerts, and other emergency tools.

Humber College media relations specialist Sylvie Lendvay confirmed in an email statement that this was a false threat.

An unidentified person engaged the warning system at the International Graduate School (IGS) campus by pressing an alarm in the building, Lendvay noted, although she didn’t say whether the individual set the alarm on purpose or by accident.

But the alert went out to students and staff at both IGS and Lakeshore campuses. Once an alarm is activated, it automatically sends out a message on the Humber Guardian app. 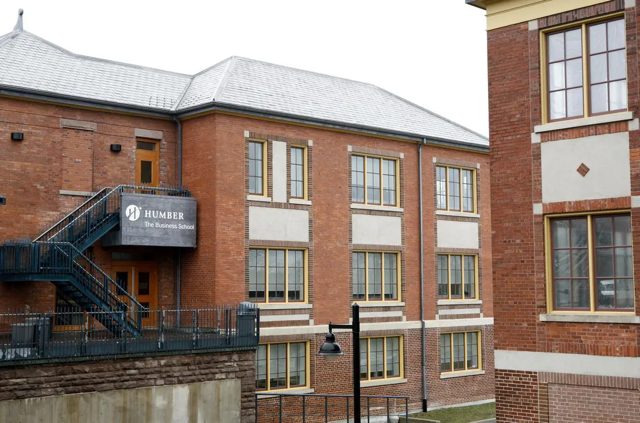 Public safety determined it was a false alarm before lockdown procedures began. An alert was sent to the Humber community at around 4 p.m. confirming the false threat, and stating that normal activities could be resumed.

A student expressed frustration on Twitter, saying that many did not receive the notification and were not informed fast enough, had this been a real threat.

ok… this is not great to hear because no one at lakeshore was notified of this alert except those who had push notifications on for the Humber Guardian app. And that alert was only saying the danger was at IGS.