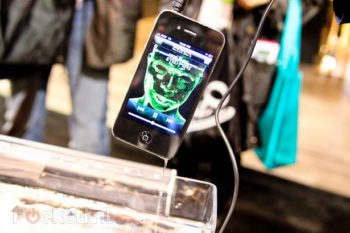 We previously saw waterproof technology applied to iPhones via the company Liquipel, but now it appears another company plans to make a similar splash directly onto next-generation smartphones, in particular the next iPhone. In an interview with Pocket Lint, a representative at HzO claimed their technology could appear in upcoming Samsung and Apple smartphones:

“We showed the Samsung Chairman the technology with a Samsung Galaxy S that we had coated with HZO and he couldn’t believe his eyes,” a representative of the company told us. “Samsung is really excited by the tech.”

The company has told us that they are also talking to Apple as well, hoping to be able to let Apple make the iPhone 5 waterproof.

“We expect HZO to be in next season’s phones,” HZO told Pocket-lint rather confidently.

Could we see a waterproof iPhone 5 as the company claims? Well, now that they spilled the beans I don’t think Apple would happy about this, if it was actually true. Accidents are never fun but when was the last time you dunked your iPhone (or any other phone) into water? We’ve all heard horror stories involving toilets–maybe this technology could save the future? We’ll never have to be disconnected ever again.

Check out the video demos below: