iBooks Copy Protection Has Been Finally Cracked After 2 Years

As pointed out by MacRumors (via The Digital Reader), Apple’s apparent ironclad Digital Rights Management (DRM) copy protection used in iBooks has finally been cracked. The source claims that the latest version of Requiem, an app that removes Fairplay DRM from music and videos sold via iTunes, will now also remove the DRM from iBooks ebooks. Even though Requiem has been round since 2008 and iBooks since 2010, it is for the first time that iBooks DRM has been circumvented. 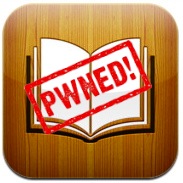 It is now possible to remove the DRM from epub ebooks bought in Apple’s iBooks store.

“Brahms”, has recently released a new version, 3.3, of his Requiem software, which has been able to remove DRM from music and videos bought in the iTunes Music Store for a long time.

This new version can also remove the DRM from Apple’s epub format ebooks.

The news is notable in that this would allow iBooks downloaded from iTunes to be used on other platforms besides Apple’s iBooks reader.