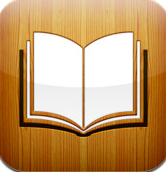 The Minister of Canadian Heritage and Official Languages finally gave Apple the go-ahead today to establish a Canadian version of their popular iBookstore. While there has been a bookstore available using your Canadian iTunes account since almost launch date (I seem to remember for the first number of weeks/months it was filled only with classics and free books), it has lacked the depth of books available from the US-version of the store.

Apple has agreed to a number of Canadian-issued conditions, including a focus on Canadian authors (both English & French), increased opportunities for Canadian authors & publishers, aboriginal authors and more. Reminds me of the “CanCon” music rules that have been in place for years. I wonder if by “Canadian” you have to be living in Canada or just a Canadian-born author. Guess we’ll find out soon enough.

I’m hoping this brings the content in both stores up to par. I’ve been doing some “cross border iBookstore shopping” for sometime now to take advantage of the better selection in the US store and keeping my US iTunes account flush with US$ is not the easiest!

No word on when the new store will go live but we’ll keep you updated.