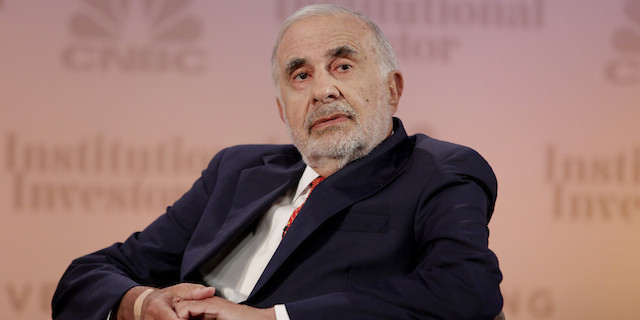 Following Apple’s announcement of record breaking quarterly results yesterday, billionaire investor Carl Icahn has expressed his views on the Cupertino tech giant’s valuation on Twitter, saying that AAPL is still “undervalued and misunderstood”. He added that he expects to put out an “in-depth” report within two weeks (via Reuters).

$AAPL is still undervalued and misunderstood. Expect to put out another in-depth report within two weeks.

Icahn has been vocal about his belief that Apple is undervalued in the past as well, and has been urging the company’s board to buy back more shares using its huge cash pile, while pledging to keep his own stock out of any repurchase.

Apple, being the most valuable publicly traded U.S. company, beat Wall Street’s revenue and profit forecasts yesterday, as it raised its quarterly dividend by 11% to 52 cents per share and boosted its share buyback program to $140 billion from $90 billion.

Previously, the 79-year-old, who is one of Apple’s top 10 investors, has predicted that Apple stock should be trading at $216 per share.

Quora has just opened public access to its AI chatbot ‘Poe,’ which lets people ask questions, get instant answers, and have back-and-forth conversations. Poe allows users to ask questions from a range of AI chatbots, including those from ChatGPT maker OpenAI, as well as other companies like Anthropic. Quora’s chatbot is currently available on iOS, but...
Usman Qureshi
15 mins ago

Apple has just rolled out a redesign for its official website, introducing an all-new navigation bar with fancy drop-down menus on both desktop and mobile. As spotted by Parker Ortolani, the updated drop-down bar makes it easier to navigate the website and relatively faster to get to individual product pages. All-new https://t.co/pXaoM71lcY nav bar with...
Usman Qureshi
48 mins ago