Can’t Restore from iCloud Backup? Outage From Yesterday Persists for Some Users

Apple’s iCloud Backup is still currently suffering an outage for a small number of users, according to the company’s System Status page. The issue, which began yesterday at 8:03AM PDT, is “ongoing” and affects “Less than 1% of users”. 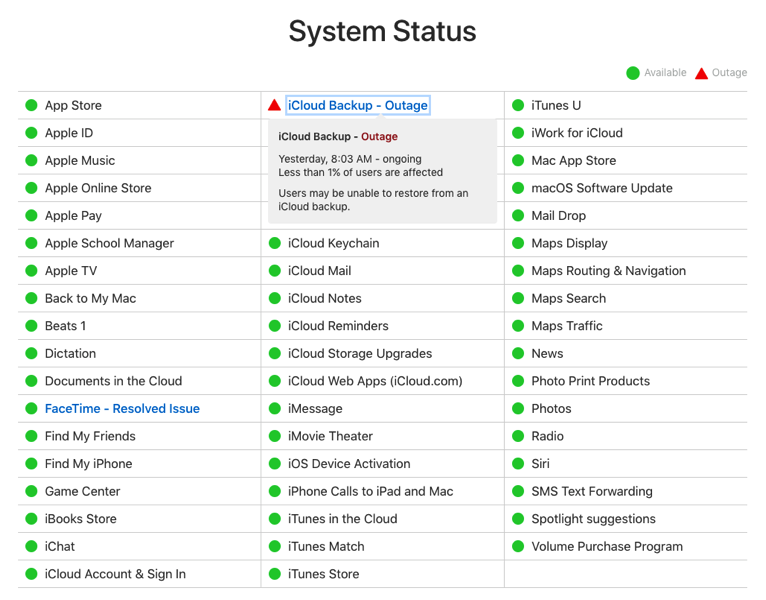 Normally, issues with iCloud are usually addressed in a few hours by Apple, but the fact this one appears to be lingering has left some customers very frustrated. iPhone in Canada reader Mathieu was told by Apple Support the company has developers working on the issue, but no ETA has been provided. 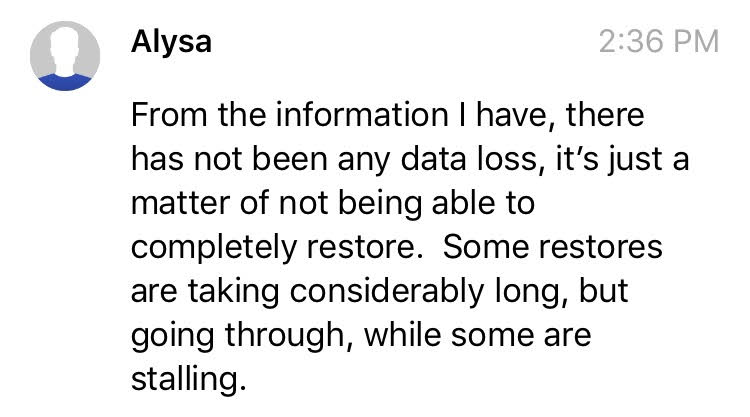 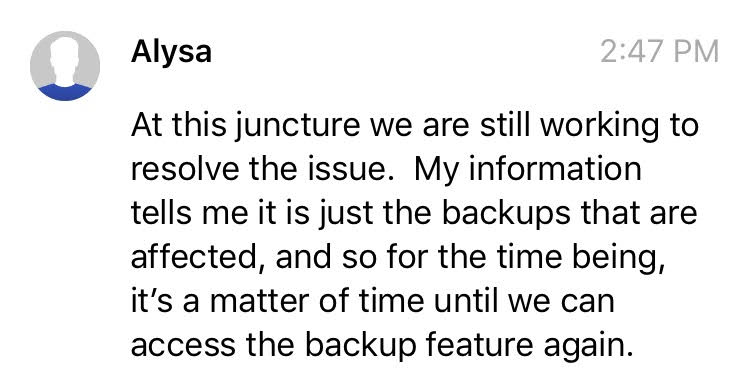 Are you having issues restoring from iCloud backups? Those affected are seeing longer than usual restore times, with most restores not completing at all.