Apple’s Updated iCloud Pricing Goes Live in Canada and Beyond

Apple’s updated iCloud pricing is now live in Canada and beyond, with its revised tiers charging less per month, however, the 200 GB plan for $3.99 remained the same.

How to upgrade or downgrade your iCloud storage? Just go to:

Yesterday Apple unveiled their Canadian prices for iCloud storage, starting at $1.29/month for 50 GB of storage. 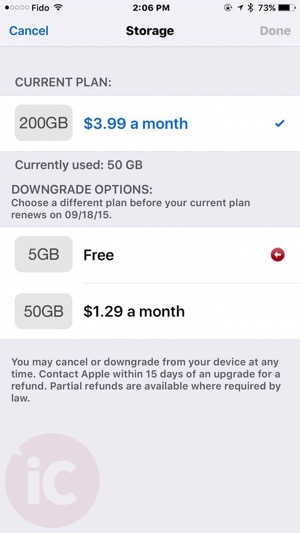 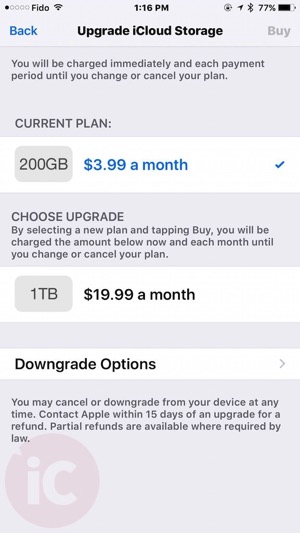 Again, this is Apple’s explanation of their updated iCloud storage plans and how you will be affected:

If you purchased a monthly plan before September 16, 2015, your account was upgraded automatically. If you’re currently on an annual plan, you’ll continue to renew annually at that rate. If you select a new monthly plan, your annual plan won’t be available to you.

Apple states if there are any issues with your upgrade, you can contact support with 15 days for a refund.

What iCloud storage plan are you on right now?