Various iCloud Services Suffering Issues, But Only 1.5% of Users Affected

According to Apple’s System Status page for iCloud, numerous services are suffering issues, including the likes of Back to My Mac, Documents in the Cloud, Find my Friends, Find my iPhone and more. 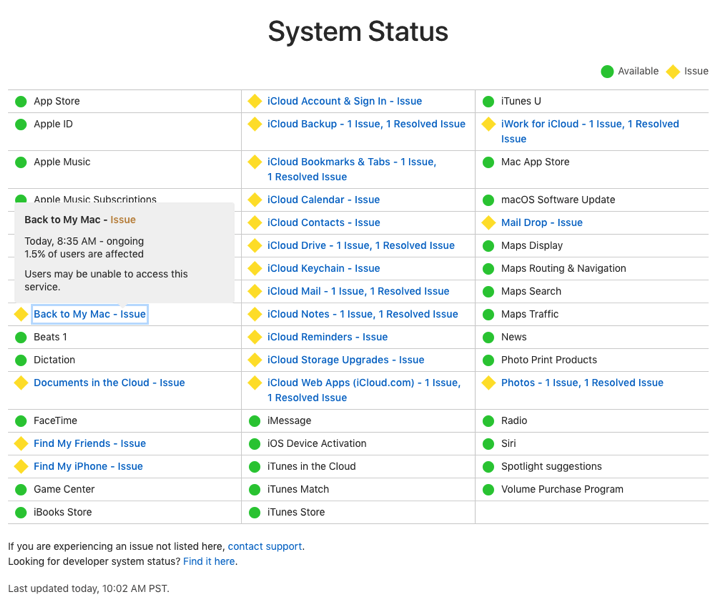 Clicking an issue provides more detail, with Apple noting “users may be unable to access this service.” For most of the services, Apple says only “1.5% of users are affected”, so this is not a widespread outage. We tested Find my Friends and it works fine over here, for example.

Are any iCloud services not working for you right now?

[caption id="attachment_389637" align="aligncenter" width="1024"] Image: OpenAI[/caption] ChatGPT creator OpenAI today announced the launch of a new "classifier" designed to detect machine-written text. "We’ve trained a classifier to distinguish between text written by a human and text written by AIs from a variety of providers," the company said. While the company's AI-powered chatbot has taken the...
Nehal Malik
51 mins ago