Apple iCloud Services Suffering from Ongoing Issues Since This Morning

If you’ve been experiencing some issues with Apple’s iCloud services, you’re not alone, as there’s are ongoing issues that have been going on since this morning.

According to the company’s iCloud System Status page, numerous services are showing “Issues” are happening, such as: 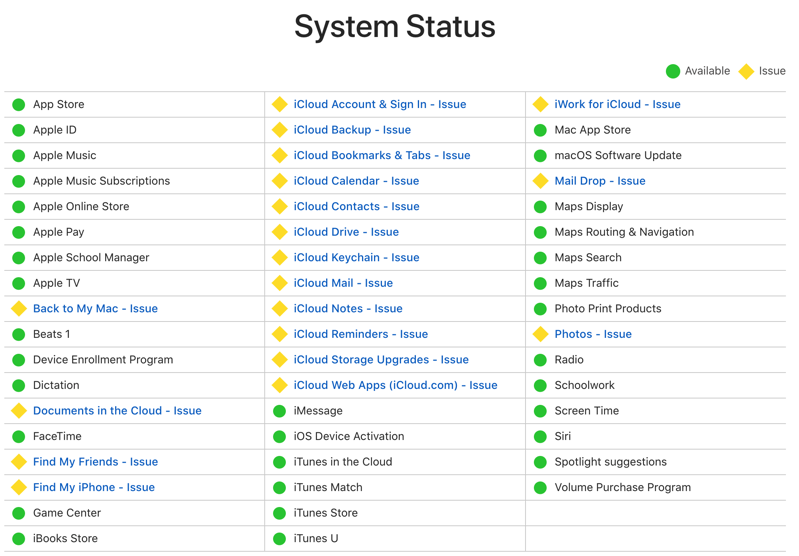 For the issues in yellow, Apple says “some users are affected” and “Users may be experiencing slower than normal performance with this service.”

Have you been affected by this iCloud outage for services?