Apple’s new iCloud storage plans have gone live and you can see the new plans right on your iOS device. For existing users, the company has given a ‘thank you’ by upgrading their storage plans and getting prorated refunds based on their subscription plan. 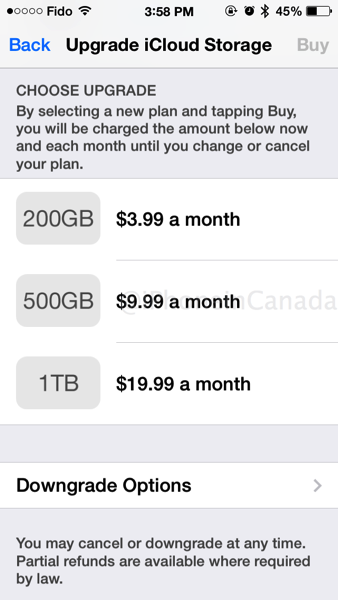 Check out the details from the email we received below: 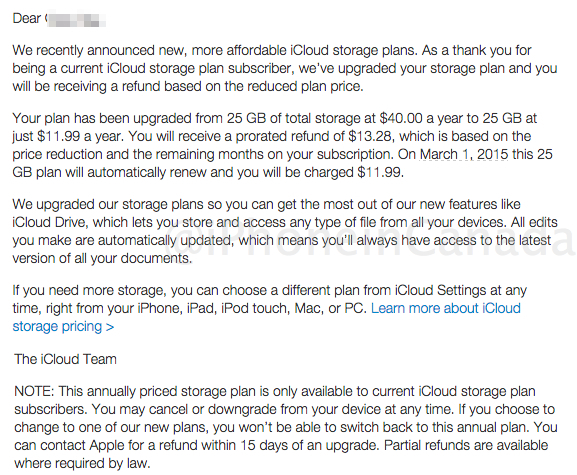 What iCloud storage plan are you currently on? Apple’s prices, while cheaper than before, still do not rival the pricing scheme of Google and Dropbox, which offer 1TB for $9.99 per month.