Apple Sued for Lack of Transparency Regarding iCloud Storage

Two Apple users have filed a class action iCloud lawsuit against the Cupertino company for misleading terms of service. 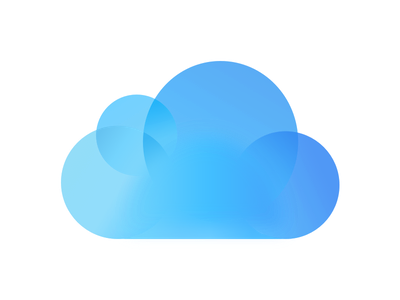 According to a new report from ZDNet, Apple is being sued for breach of contract, false advertising, and unfair business practices for allegedly reselling Amazon Web Services, Microsoft Azure, and Google Cloud Platform services under its iCloud brand – and failing to adequately disclose that relationship to customers.

The lawsuit, filed Monday with the U.S. District Court for the Northern District of California, claims this misrepresents iCloud’s services to Apple customers.

The complaint points at iCloud’s data handling policies and Apple’s lack of transparency, claiming the company makes promises to customers that cannot fulfill. It also notes that Apple’s customers pay a premium for the brand’s strict stance on data protection, but eventually end up with their data offloaded to other servers.

“Touting itself as the provider of the iCloud service (when, in fact, Apple was merely reselling cloud storage space on cloud facilities of other entities) allowed Apple not only to obtain paid subscriptions of class members who subscribed to iCloud believing that their cloud storage was being provided by Apple, but also allowed Apple to charge a premium for its iCloud service because subscribers placed a value on having the ‘Apple’ brand as the provider of the storage service for their most sensitive data,” the lawsuit reads.

Plaintiffs Andrea M. Williams of Florida and James Stewart of San Francisco, California, insist they were not informed their iCloud data would be stored on third-party servers. They say they would not have subscribed and paid the “Apple premium” had they have known about Apple’s strategy.

iCloud is “leading the industry by adopting privacy-preserving technology like end-to-end encryption for your data,” reads an iCloud security overview document on Apple’s website.

The same document notes that in some cases, iCloud data may be stored on third-party services. But its “Welcome to iCloud” legal agreement suggests only Apple will be looking after your data.

“When iCloud is enabled, your content will be automatically sent to and stored by Apple,” it reads. The legal agreement makes no mention of the fact that some data will be stored by others.

[caption id="attachment_376080" align="aligncenter" width="1536"] Image: Apple[/caption] Apple has delayed the target launch date for its self-driving electric vehicle (EV) by about a year and is now eyeing a 2026 debut, according to Bloomberg's Mark Gurman. The information comes from people familiar with the developments. Gurman, a renowned tipster for all things Apple, also said that...
Nehal Malik
1 min ago