Following Strategy Analytics’ report on the past quarter, it was the turn of International Data Corporation (IDC) to publish their Worldwide Quarterly Mobile Phone Tracker’s findings, which forecasts a total of 281.5 million smartphones shipped worldwide between January and March. This compares to the 218.8 million units estimated for the same period last year (up 28.6%) and the 289.6 million units shipped during the 2013 holiday quarter. 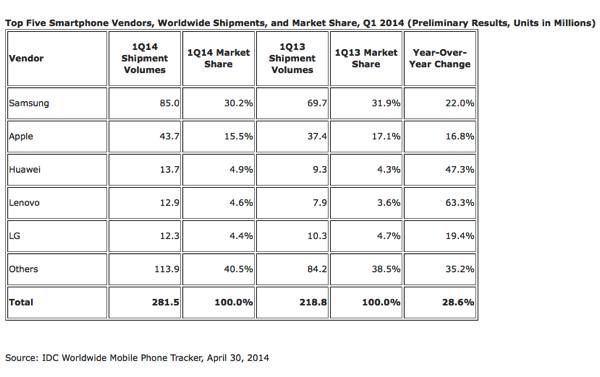 Apple, as we previously reported, has achieved a record second quarter, surpassing the 40 million unit market. IDC highlights the company’s double-digit growth (in Japan) and developing markets such as Brazil, China, India, and Indonesia. Despite record iPhone sales, Apple posted the lowest year-over-year improvement among the leading vendors, the IDC press release notes: 16.8%. 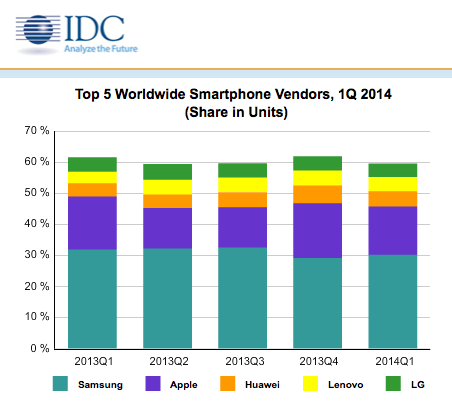 Despite that, Apple remains the second-biggest smartphone manufacturer, with 15.5% market share according to IDC’s number, followed by Huawei in third place with a 4.9% share of the global smartphone market.