Apple’s new 10.2-inch iPad only arrived in stores yesterday, and already the folks over at iFixit have gotten hold of the device and cracked it open for a teardown. 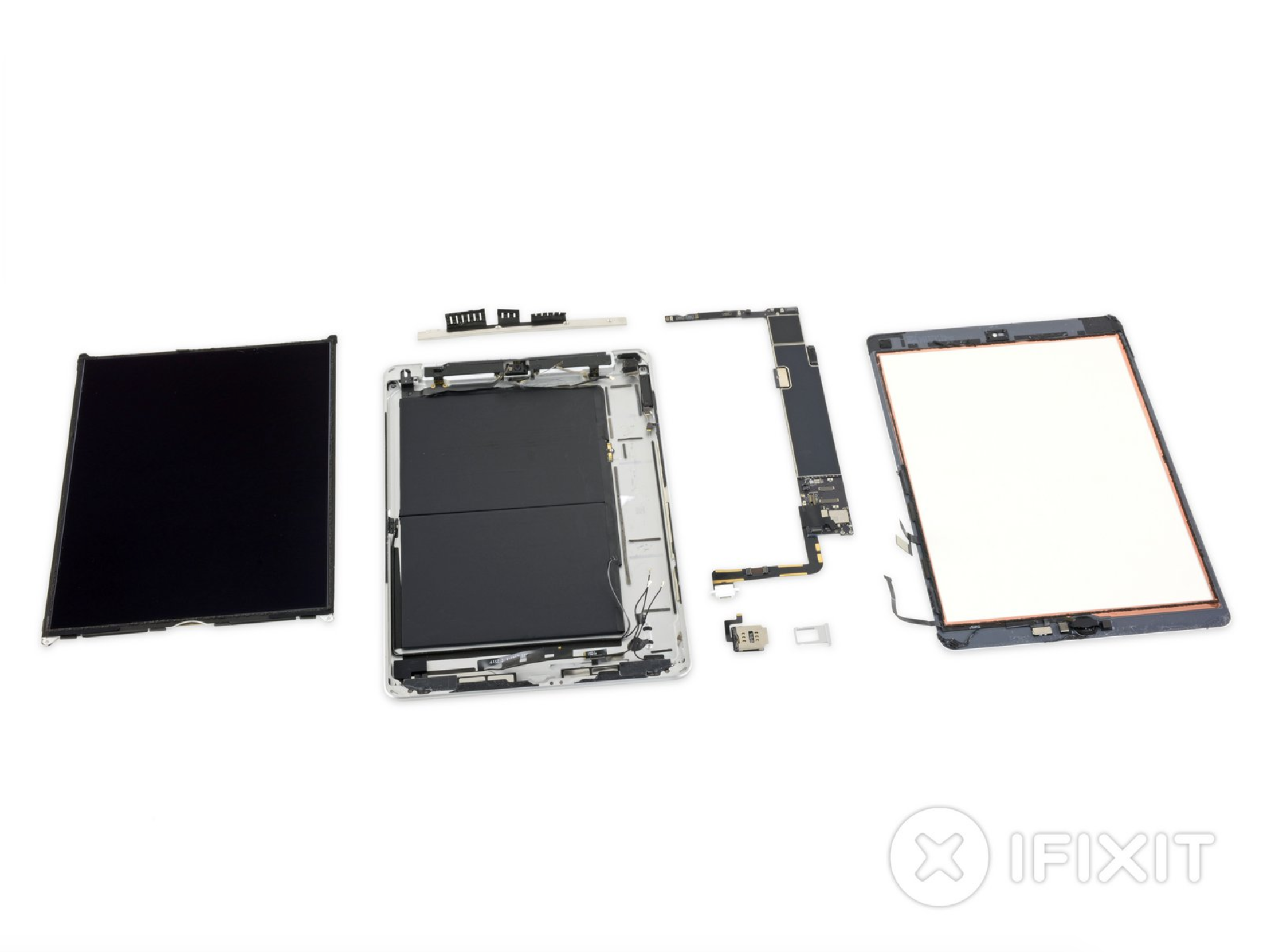 The teardown revealed quite a bit, including the fact that the new 10.2-inch iPad features the same battery that’s present in the 9.7-inch iPad this tablet is replacing, meaning there’s an 8227mAh battery inside.

Next, iFixit discovered that in addition to increasing the screen real estate for the  model, Apple has also gone ahead and increased the total RAM. The new model now features 3GB of LPDDR4x RAM, which is a whole gigabyte more than 2GB RAM present in last year’s iPad 6. Additionally, the iPad 7 uses the same A10 Fusion found in the iPad 6.

There are also a few disappointing observations. For instance, Apple made a slight change to the digitizer cables that makes opening the iPad slightly easier. However, it “skipped the easiest serviceability improvement” which would be using stretch-release adhesive on the battery.

Apple has also limited repairability by using a large amount of adhesive to hold most of the components together. Though LCD repairs are expected to be easy, the Lightning port may give users trouble as it’s soldered to the logic board and is regarded as a common point of failure for most Apple products.