You’ve seen the teardown of the new AirPort Extreme but our friends at iFixit and just recently completed their dismantling of the new Time Capsule. Yesterday’s AirPort Extreme teardown revealed space for a 3.5-inch SATA hard drive, which had many people asking whether or not it would be possible to do some DIY hacking.

As for the Time Capsule teardown, inside sits a regular 3.5″ Seagate Barracuda SATA drive. Overall, the unit has a repair score of 8 out of 10.

iFixit’s teardown of the Time Capsule again confirms the AirPort Extreme is missing the following port: 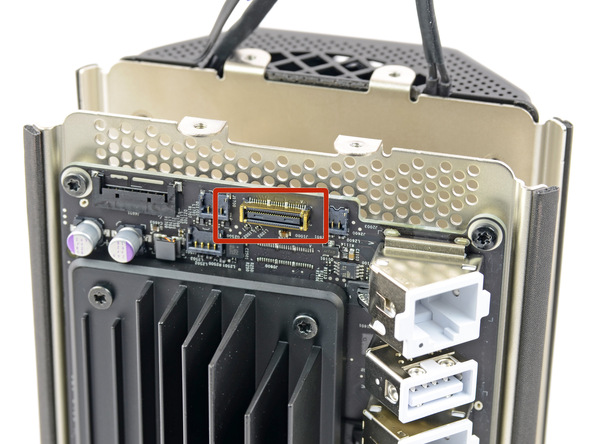 If you are a hardcore DIY’er, here is iFixit’s advice on whether or not one should even attempt to add a hard drive to their AirPort Extreme:

Folks asked us if it’s feasible to make an Extreme into a Time Capsule. Theoretically, the answer is “Yes,” but we’re not sure why you’d go through the trouble — the Seagate Barracuda drive is essentially the price difference between the Time Capsule and the Extreme.

Protip: You might as well pony up the additional dough ahead of time, and save yourself the potential of bricking the device.

That pretty much explains it. Don’t cheap out!

Sony and PlayStation are kicking off 2023 with a brand-new marketing initiative. Thanking fans for their patience worldwide as the company faced supply chain hurdles, PlayStation is launching its "Live from PS5" spot and announcing an increase in console supply. In a PlayStation Blog post, Isabelle Tomatis, VP of brand, hardware, and peripherals at Sony...
Steve Vegvari
29 mins ago