Last week, an image from Apple’s documentation for technicians offered us a sneak peek at the new Studio Display’s internal design, and today, the experts over at iFixit have published their signature teardown video of Apple’s latest standalone display. 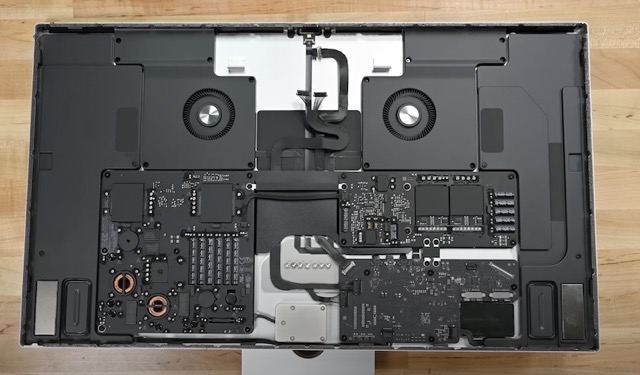 The experts not only opened up the Studio Display with an iMac opening tool but also found that its internal setup is quite similar to an Intel iMac, albeit with an A13 Bionic chip, fans, speakers, and 64GB of flash storage.

iFixit also confirmed that the Studio Display Camera is pretty much identical to the one found in the iPhone 11. Fortunately, they didn’t find any hardware issue that could be causing the Studio Display’s camera quality problems confirming that an upcoming software fix should be able to fix it.

Check out the full teardown video below and share your thoughts with us in the comments section.