iFixit Freezes the Essential Phone PH-1 for a Teardown

The folks over at iFixit have just torn down the Essential PH-1, more commonly referred to as the ‘Essential Phone’ from Android creator Andy Rubin, for which they had to freeze the phone and break the LCD just to get inside (via Engadget). 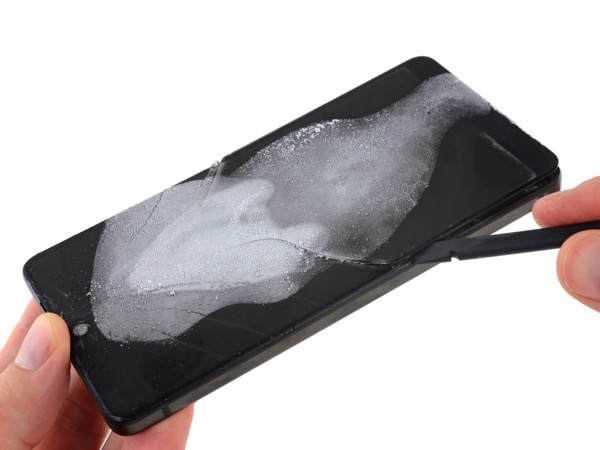 While the Essential Phone has been specifically designed to withstand dents and scratches, if something breaks on the inside, you can forget about fixing it yourself. The DIY repair crew froze the device to get inside and even then, they still had to get past a mid-frame shield.

The source notes that the USB-C port is soldered on to motherboard, and the abundance of adhesives makes it likely that you’ll break something if you somehow didn’t wreck the screen.

With a score of 10 being the easiest to repair, the Essential Phone received a repairability score of 1, which means pretty much impossible to repair once broken. For a detailed teardown, click here.

LastPass, a popular password manager for mobile, desktop, and more, recently suffered a security breach where an unauthorized party gained access to "certain elements" of customer data using information obtained from a previous hack back in August. The company said in a Wednesday blog post that it discovered unusual activity within a third-party cloud storage...
Nehal Malik
14 mins ago

Apple’s 10th generation iPad launched this year to some mixed reviews, and today, the experts over at iFixit have given it their signature teardown treatment. “It’s such an odd device – in both good and bad ways,” says iFixit. "A few genuine leaps forward for consumers sit alongside some truly baffling design choices." "You’d expect...
Usman Qureshi
38 mins ago