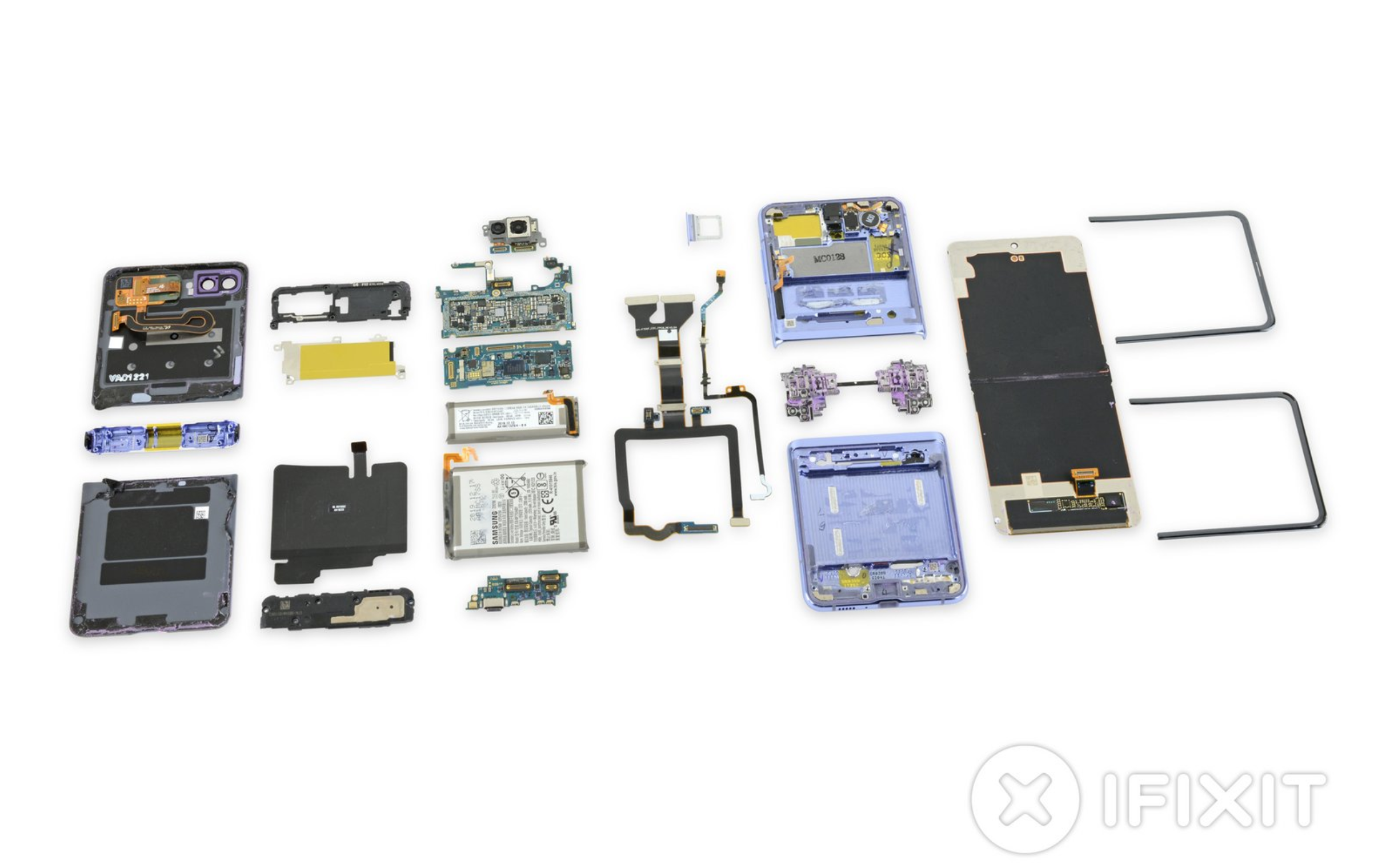 The Galaxy Z Flip is Samsung’s second foldable phone, and the company has learned a lot over the past year and made notable improvements to its hinge and the screen protection. iFixit has now published a teardown of the Galaxy Z Flip, giving us a detailed look at the phone’s internals.

iFixit put the phone through a pretty intense dust test, dropping it into a Ziploc bag with some purple powder and shaking it up.

As soon as the phone was removed from the dust bag, it was a bit reluctant to open and close, and a visible creaking noise was also noticed. The dust particles were seen as soon as the device was cranked open from the back, and the inside hinge was also filled with purple dust. The fibre brushes meant to protect the phone had very little dust collected inside them.

The rest of the teardown, available here, is an interesting read as well. Highlights include two distinct battery cells with respective capacities of 2,370mAh and 930mAh, and the ultra-thin glass in the display which iFixit says is actual glass, but under a layer of plastic.

After naming the reborn Razr the “most complicated phone-based contraption we’ve ever taken apart”, which is obviously not a good thing, iFixit‘s experts gave the Galaxy Z Flip an overall repairability score of 2 out of 10.