The repair and teardown experts over at iFixit have today announced a new collaboration with Google to sell genuine parts for Pixel phones, starting later this year. 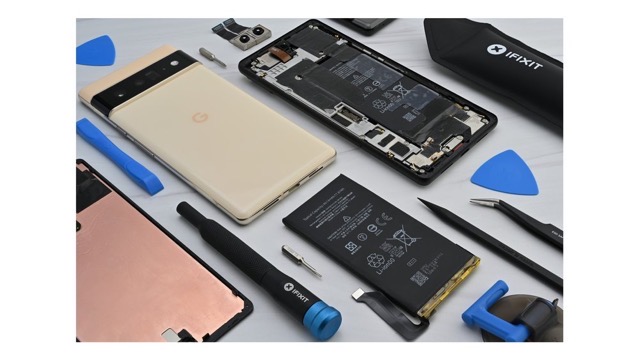 The initiative is aimed at making it easier for independent repair professionals and skilled consumers to access the genuine Google parts they need to repair Pixel smartphones.

Pixel spare parts will be available for purchase via iFixit’s website for Pixel 2 through Pixel 6 Pro, as well as future Pixel models, in the U.S., UK, Canada, Australia, and EU countries where Pixel is available.

The full range of spare parts for common Pixel phone repairs, such as batteries, replacement displays, cameras, and more, will be available either individually or in iFixit Fix Kits.

“If we’re going to build a sustainable electronics industry, consumers must have options to repair products themselves. Google is making repair more affordable and accessible, even in places without repair shops. We are committed to enabling repairs at a place and time of your choosing,” says iFixit CEO Kyle Wiens.

With this program, Google joins a growing list of manufacturers leading the industry by supporting repair.